Ready for our latest in our vehicle alphabet series?  We’re up to preschool vehicle activities for the letter “P.” 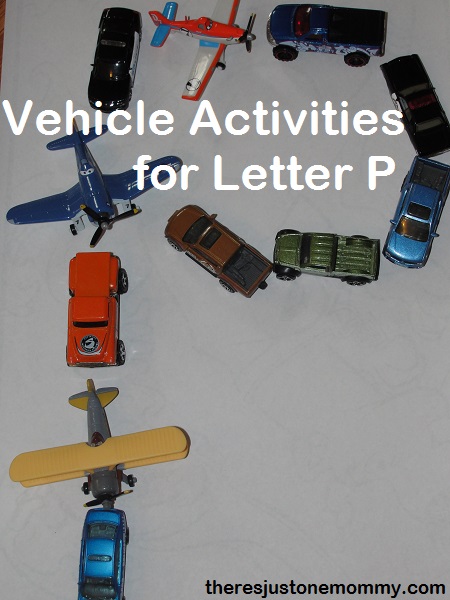 There are so many fun vehicles that start with the letter “P!”  The preschooler didn’t want to narrow it down to just one or two types of vehicles, so we used several different ones for our activities this time around.

We started off with a simple maze activity.  Using the dot marker, he helped the plane through the maze, following the letter “P.” 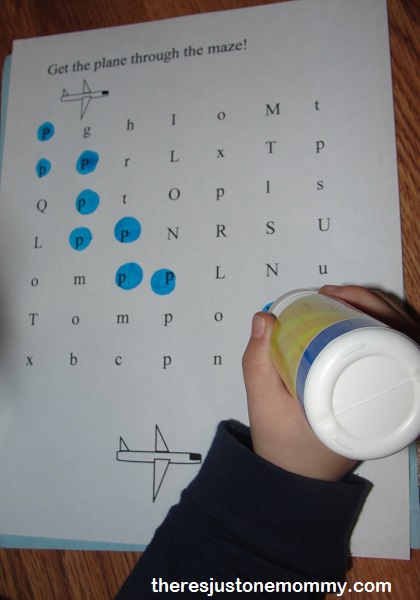 Then we went on to practicing writing the letter.  I decided to try something different this time around and had him trace the letters with the paper sitting on our step stool.  The bumpy texture made it fun to write on, and it also really made him focus on what he was doing. 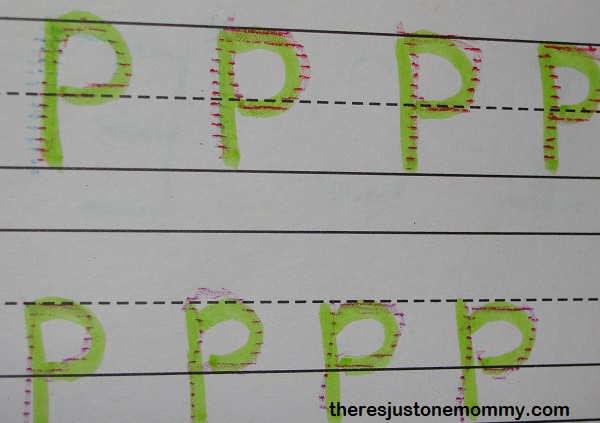 Once we were done with practicing writing, it was time for some vehicles!

I gave him a box of vehicles that all start with the letter “P.” 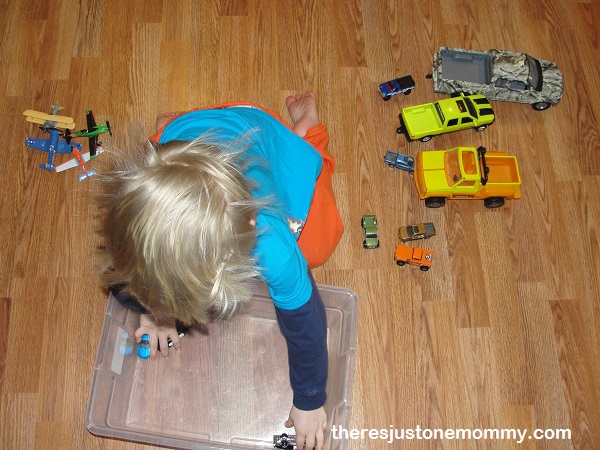 I asked him to sort them by type.  Then we sorted them by color and finally by size. 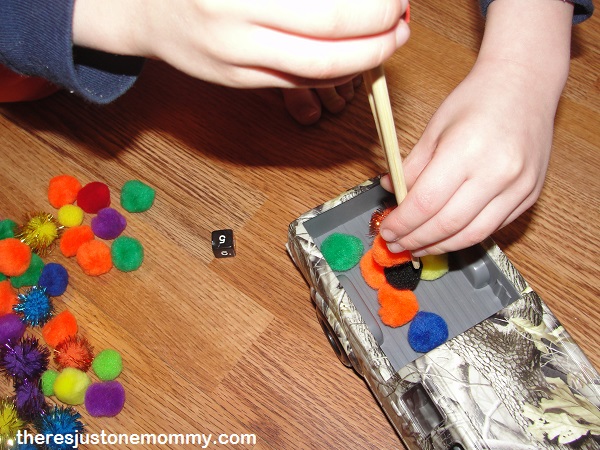 I pulled out a pair of kid chopsticks and some pom-poms.  He had fun rolling a game die and then using the chopsticks to put that many pom-poms in the bed of the truck.

He was working on those fine motor skills and having a blast!  And I have to say, that it was definitely the most colorful pick up truck cargo I’ve ever seen!

Then it was time for a simple match the lower case-letter to the upper-case letter activity. 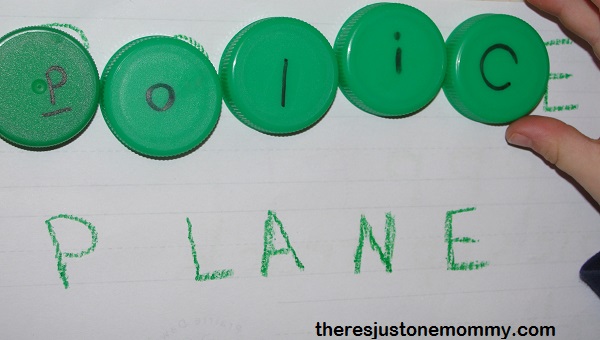 I wrote our letter “P” vehicles out on paper, using all capital letters.  Then the preschooler used our fun (and cheap) milk lid letters cover the capital letters with their lower-case equivalents.

By then it was time for me to make lunch.  So I left him with a variety of letter “P” vehicles I had printed from the Internet, a glue stick, and a large letter “P.” 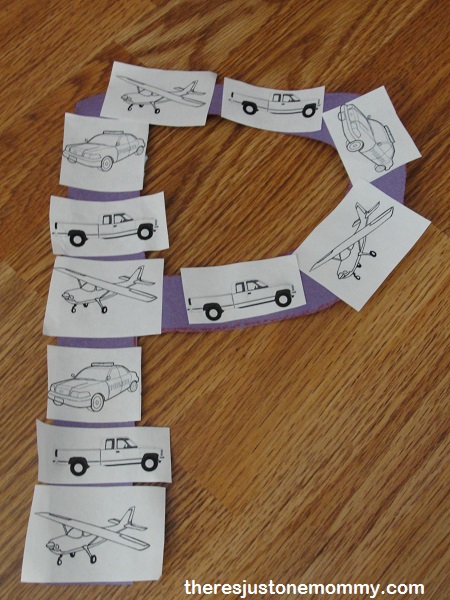 I challenged him to arrange the vehicles in a pattern when he covered the letter “P”  — he did a great job!