Today’s Thankful Thursday post is based on a prompt from Mama Kat’s Writer’s Workshop:  Tell us about the story of your birth.

With my son’s 4th birthday this week, I’m turning the prompt to the day of his birth and his entry into our family, a day I am forever thankful for.

“You look a lot slower today,” my mom said when she met my daughter and I outside the doctor’s office that day.  Holding the hand of my 19 month toddling little girl, I looked up as we slowly made our way toward her, and smiled.

“Yes, I have to say he is making it a little hard to walk lately,” was my breathy response as we entered into the building.  To say it was hard to walk was an understatement; that little one had been so far down for the last month or so that it wasn’t just hard to walk, it was hard to sit, or do pretty much anything.

I was scheduled for my weekly ultrasound, something we’d been doing  the last couple months.  As of yet he hadn’t let us see his face, or given us any indication if the doctor’s concerns were warranted or not.  And, at this point, I was pretty sure we wouldn’t get any answers until he entered the world.

This time around he wouldn’t do the “practice breathing” that babies are supposed to do at that stage.  The doctor assured me it was probably nothing, but she wanted me to go next door to the hospital for closer monitoring for a bit.

I sent my mom out to lunch with my daughter and headed to the hospital.

That’s when they told me I was having contractions every 3 minutes and was 4.5 cm dilated.  (I am pretty sure my doctor HAD to have known that!)

Seriously?  This rocks!  With our first child I had been induced, and the 19 hours seemed to drag on quite painfully… If I was already 4.5 cm and didn’t even know I was in labor, this was going to be cake walk!

I called my mom and told her what was going on.  (So thankful she met me at the doctor’s that day!)  And then I waited for my husband to arrive so I could tell him the news.

I was so laid back about it all, that once we got a room, I told my husband to go get some dinner.

It was all going good, until the doctor suggested breaking my water.

“Do you want an epidural before we do this?”

I laughed.  The contractions were so mild compared to the ones I had had with Pitocin, that I figured we should just go for it.

It took about 2 contractions after that before I looked at my husband and said, “Maybe I’d like that epidural after all…”

The nurse came in, told me that the anesthesiologist was with another patient at the moment, and then she checked my progress.

Things are pretty much a blur after that.  My original doctor had gone to deliver twins, so a doctor I’d never seen before came in and said she was going to deliver.

I closed my eyes during a contraction, opened them, and my original doctor had returned and was telling me to push.

Unlike my daughter’s entry into the world, my son was silent.  I got him on my chest for just a moment, long enough to see that he was definitely bigger than his sister’s 5.5 pounds.  Then they whisked him away to get him to take a breath.

His entry into the world was so fast, we were both in shock.

The two hours he was in the nursery being monitored and getting extra oxygen crawled by.  When they finally brought him back, I counted every finger and every toe.  “You’ve got little monkey feet!” I remember saying when I saw how far apart his little toes spread out.  (Yes, that’s how he got his nickname here on the blog!)

Life has never been the same since that day, and I am forever grateful. 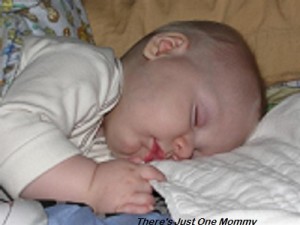 Leave a comment telling me what you are thankful for this week!

Have your own thankful post?  Or maybe a birth story you want to share?  Link it up below!

Linked up this week with Six by the Bay, Lovely Little Whimsy, The Fontenon Four, Heavenly Homemakers