Are you ready to get crafting with your little one?  Grab your recycling box, it’s time for the February edition of Project: Recycle & Create! 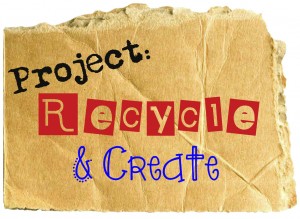 Project: Recycle & Create is a collaborative series all about creating with recyclables.  Each month we’ll be focusing on a different material.  You may recall that last month it was cardboard boxes.

This month?  We’re having fun with styrofoam! 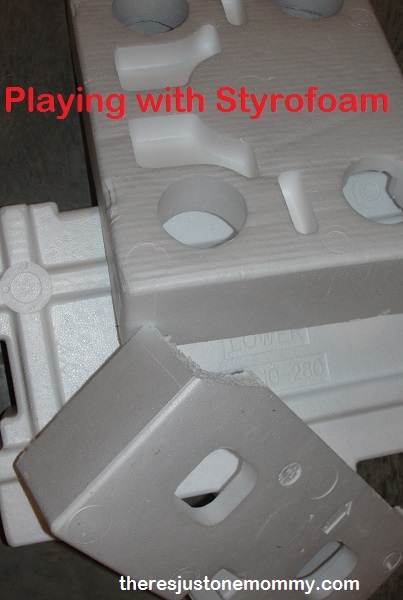 When we bought our carpet cleaner, I kept the large pieces of styrofoam packaging that were in the box.  I just knew they’d be fun to play with one day, even though I wasn’t really sure at the time what we’d do with them.

This week I let the preschooler practice his carpentry skills on the styrofoam.

First I gave him a box of nails and showed him how to hold each nail while hitting it with his plastic hammer.  (I opted for the plastic hammer so his fingers wouldn’t risk getting smashed by Daddy’s real hammer.) 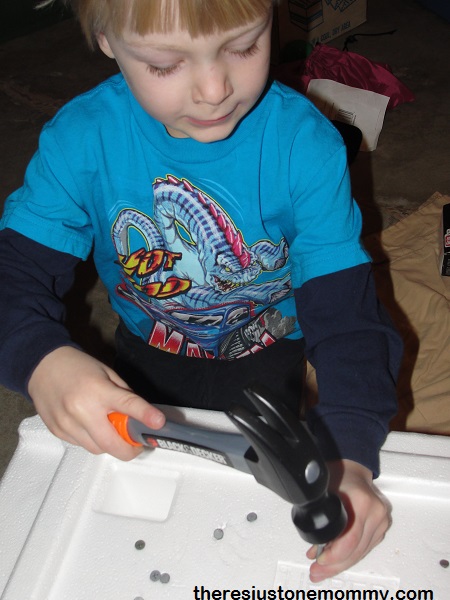 He was in Heaven!  “I’m doing it by myself, just like Daddy!” he proudly told me.

As he banged away on the nails, I quickly realized that THIS activity was the PERFECT styrofoam activity for us!  I quickly set aside the pieces of styrofoam I had been cutting for a different project and got out a box of screws and one of Daddy’s screwdrivers.

This time around I showed him how to carefully hold the screw and use the screwdriver until the screw lay flat with the styrofoam.  He was so proud of himself! 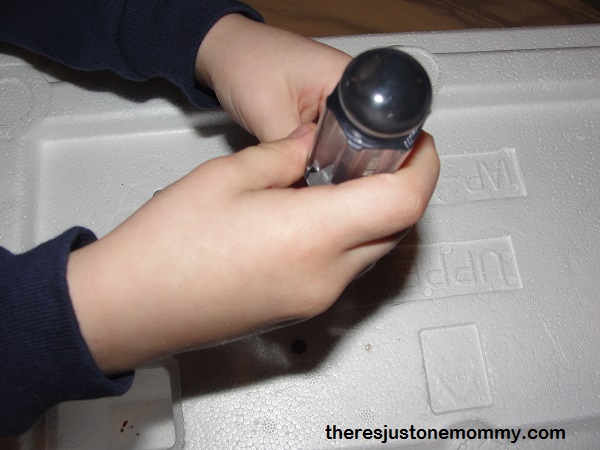 The nails and the screws were fairly long, so I figured he would do 10 or so and then be finished.

Boy, was I wrong!

After half an hour I was informed that my “construction worker” needed a lunch break.  In between bites of his lunch, he continued to hammer in nails.

For 2 hours he hammered in nails and turned his screwdriver until each and every nail and screw in both boxes were gone.   That is 2 hours of hand-eye coordination and manual dexterity practice.   It’s 2 hours of building his self-esteem.   (It’s also 2 hours that I got to do some work in the basement in between checking out his awesome construction skills.)

The preschooler was super excited to show Daddy his handiwork when he came home.  That’s when the kindergartner decided she wanted to create as well! 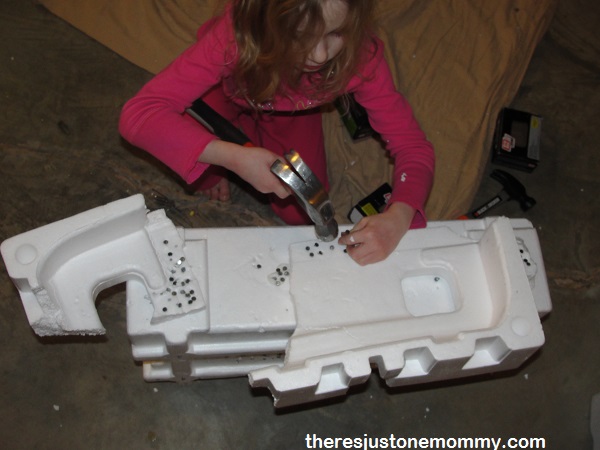 I love how she found smaller pieces of styrofoam and nailed them together — really building!  I can see this activity really growing with them.

Looking for other fun uses for styrofoam?  Check out some of the great ideas from this month’s co-hosts!