For years kids sat, staring at flashcards, trying to solve the problem, and flipping it over to check their answer.  It was boring, but eventually those math facts get memorized.  But practicing math doesn’t have to be boring.   Kids can actually have fun while learning math facts at home. 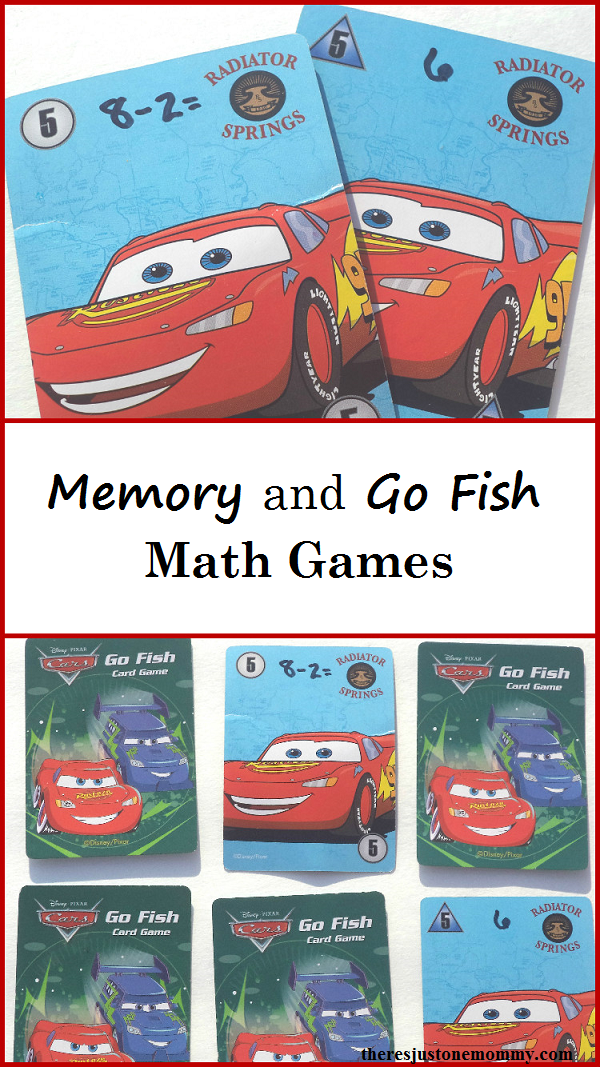 We have been having fun working on math facts with 2 classic card games that we’ve given a math twist to.  You could create your own cards on a computer and print them out.  But that means you have to then laminate them (to make them last) and cut each card out.  To save time (because we all lead busy lives) head to your local dollar store and pick up a pack of Go Fish playing cards.

Match the cards up and then use a permanent marker to write math facts and answers on the cards, making sure cards with matching pictures have math problems and answers that go together.  You can create a set with addition facts, subtraction facts, and even multiplication and division facts.  We found cards with favorite characters on them, so we wrote at the top of each card (didn’t want to deface Lightning McQueen), but you can write larger and across the picture, depending on the color marker you are using.

Once you have the math fact cards ready, you can use them for two different math games.

The cards can be used to play Memory.  Simply lay them face down in rows, as you would for a typical Memory game.  In order to make a match the pictures have to be the same and you have to have a matching math fact (math problem and its answer).

The Memory math game can be played alone or with a friend.  If playing alone you can challenge your child to see how fast they can get all the cards matched up.  Can they beat their previous time?   If playing with a friend, the person with the most matches at the end of the game wins. 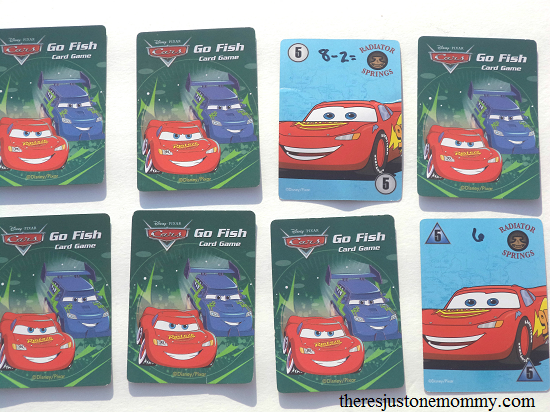 To play the Go Fish game, deal each player 8 cards.  The youngest player goes first.  Just as in the Memory game the picture and the math fact have to match.  That means you need to know the answer to the math fact to make a match.  (With the cards pictured below you could ask, “Do you have a red car with a 5 on it?” if you are looking for the match for 9-4.  Or, if you are looking for a match for the 5, “Do you have a red car with a math problem on it that equals 5?”)  Play until someone runs out of cards.  The person with the most matches wins. 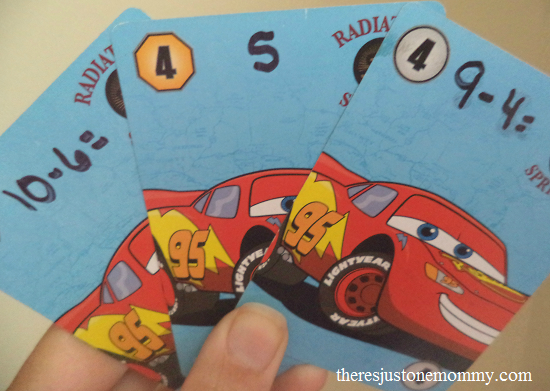 Tip:  If your child has trouble holding all their cards, an empty egg carton flipped upside down works wonders.  Just slip the cards in the space between the 2 rows. 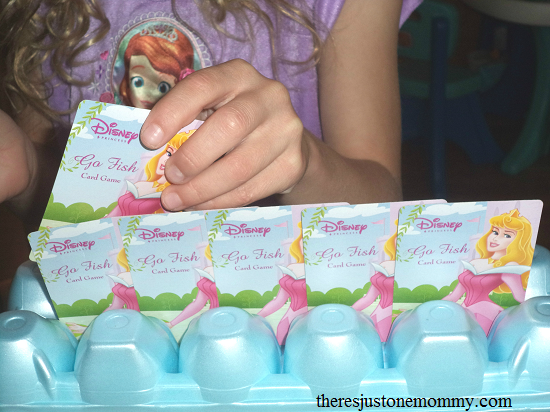 The Go Fish Math Game has been a huge hit at our house.  The 8 year-old asked to play it three times in a row, which meant spending time with my favorite girl, having fun and working on math facts — a triple win in my book.  Math facts don’t have to be boring.  These 2 classic card games make learning math facts at home fun.

Check out these related Posts: