Will it sink or float?

That is a question kids love to experiment with to answer, whether it’s toy blocks, boats, or just odds and ends from around the house, kids everywhere enjoy putting things in water to see what will happen.

This week we decided to answer the question:  Will a pumpkin sink or float?

This is a super easy pumpkin activity you can do at home. 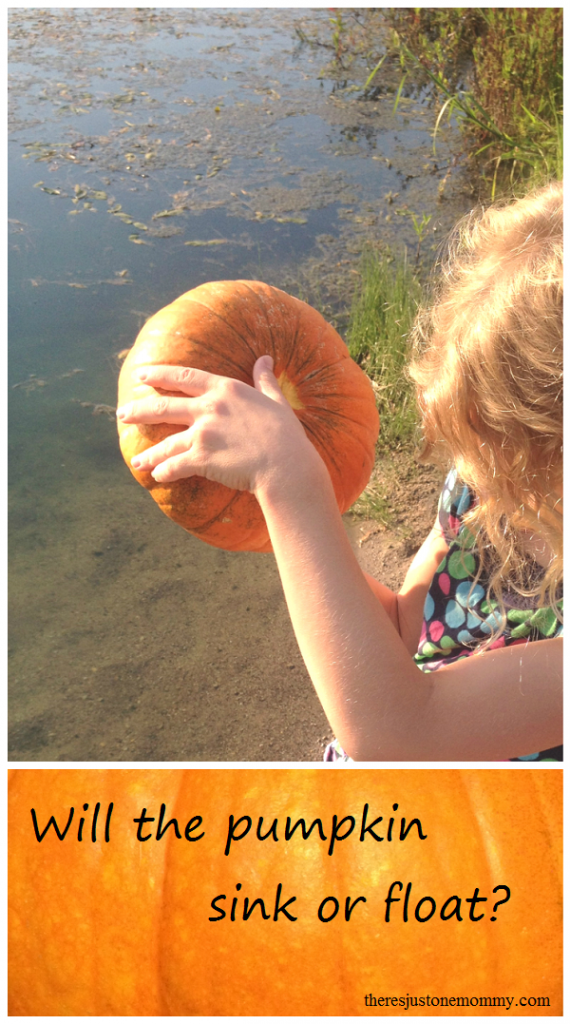 Will a Pumpkin Sink or Float

We took our pumpkin to the pond for the first part of our experiment.  You could also use a large basin of water, the kitchen sink, or the bathtub, depending on the size of your pumpkin.

Before tossing in the pumpkin, have your child carefully examine it.  Discuss the pumpkin’s shape, size, and weight.

Then ask your child to form a hypothesis (an educated guess) as to what will happen.

Will a pumpkin float or sink in the water?

Both of my children decided the pumpkin would sink.   It was a pretty heavy little pumpkin, after all! 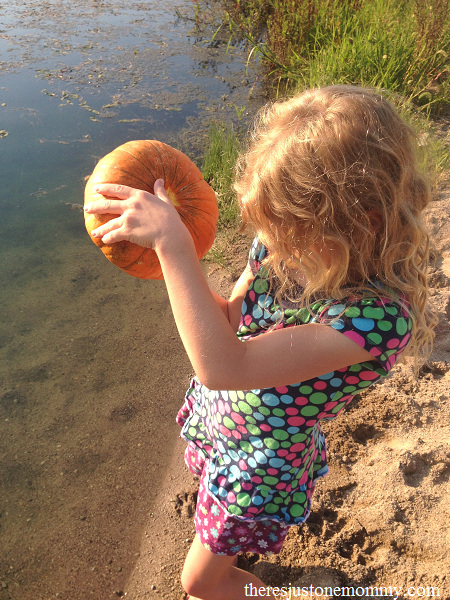 We gently placed the pumpkin into the water.  (Read that as my daughter had fun tossing that little squash into the pond and seeing the big splash it made.)

Both kids were surprised by the results. 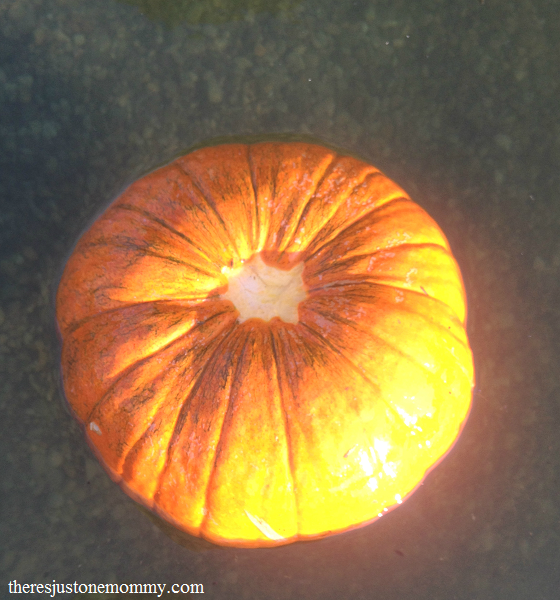 Now that we had one question answered, it was time to get our hands messy and investigate further.

Why Do Pumpkins Float

Just why did it float?

And, do pumpkin seeds float or would they sink?

It’s time to explore that squash a bit further.

Carefully cut it open.  What do you see inside? 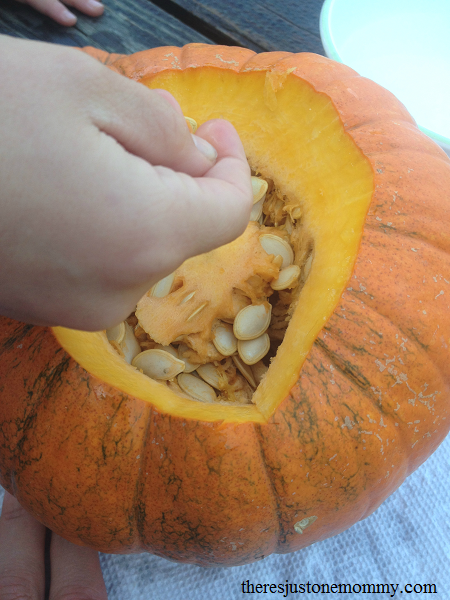 It’s easy to observe that the squash is not completely solid inside.

The pulp and pumpkin seeds have plenty of space around them that is full of air.

All that space and air inside helps the pumpkin stay afloat.

In order for a pumpkin to float, it has to displace the amount of water equal in weight to the pumpkin.  All the air inside helps that happen.

Set the pumpkin aside to use it for a pumpkin volcano later.

Do Seeds Float or Sink

What about the squash’s insides?  Will the pulp and seeds float?

Have your child place some of the pulp and seeds in a small bowl of water to find out.

The pumpkin seeds float.   Pumpkin seeds are flat, which helps them displace enough water to float.

But that doesn’t mean all seeds will float. 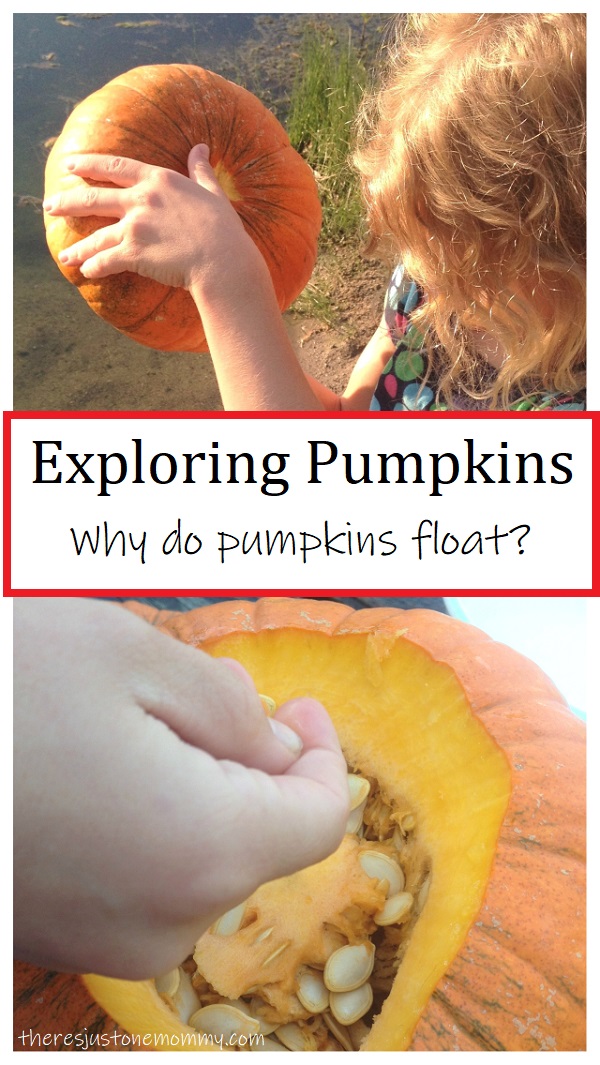 You can teake the experiment further by testing seeds from other fruits you may have.

Try the experiment with an apple instead.   If you’ve ever been bobbing for apples before, you know the apple will float.

But what about the seeds?

They will actually sink because their round shape does not displace enough water.  Check it out!

Want to experiment more with sinking and floating?

And for more pumpkin fun: