Warm weather means more time spent outdoors.  With all the spring flowers popping up, and the kids still being in fairy-mode from our first Tooth Fairy visit and making new fairy houses for the year, making Fairy Soup was the perfect pretend play activity this week. 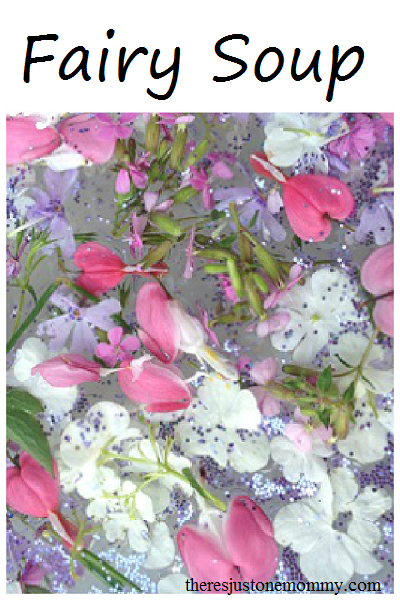 I first saw the idea of Fairy Soup at Happy Hooligans.  She has so many fun ideas!

I gave the kids a couple small buckets to collect flowers, leaves, and whatever else they wanted to put in their fairy soup. 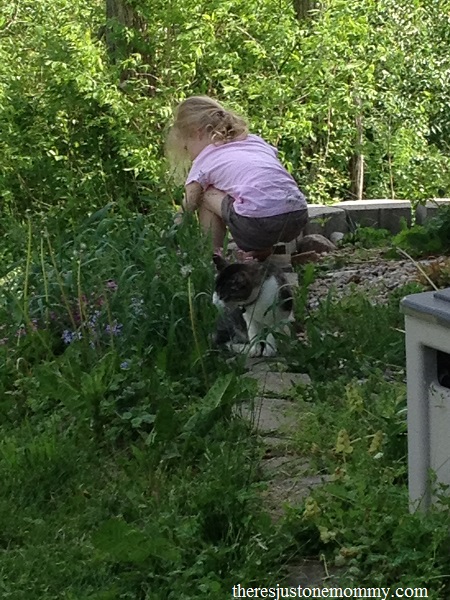 The kindergartner began picking lots of pink and white flowers.

The preschooler decided he was making “Beetle Soup” instead.  (He also chose to make a “Beetle House” instead of a fairy house.  Same fun, but giving it his own twist!)

To start his Beetle Soup he got a big shovel of dirt to add to the water. 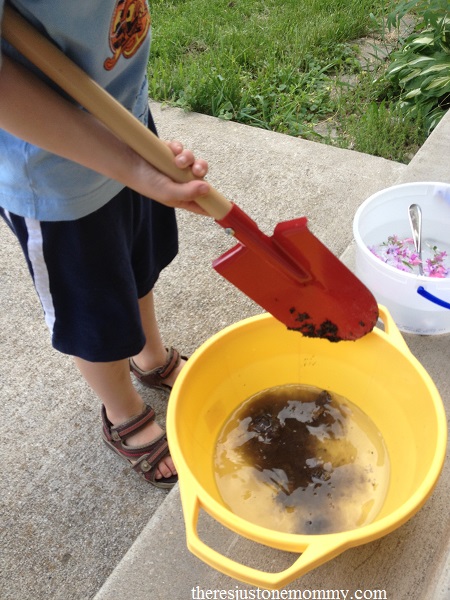 Then he added handfuls of grass, gravel from the driveway, and a bit of the glitter I had brought out.  (Kids just can’t resist glitter!)

Once he had his muddy concoction made, he checked out his sister’s flowery one….and he decided he wanted to make a new soup! 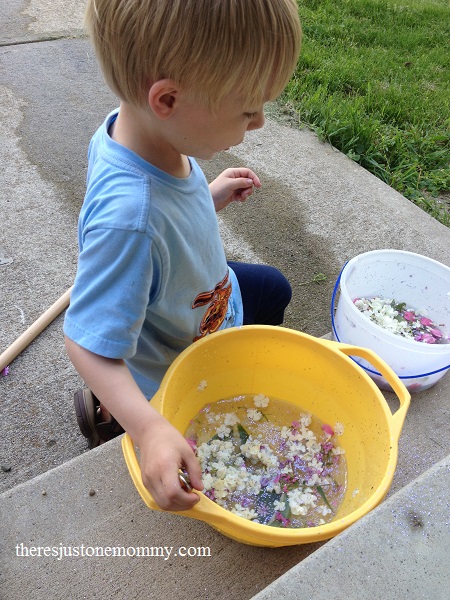 They both spent almost an hour adding flowers, stems, leaves, glitter (and more glitter, and more glitter….) to their soup.  Then they poured it into small containers to sit by their fairy and beetle houses.   After all, they wanted to make sure the fairies could find plenty of food!

I never expected this activity would last so long, but they were having a blast!  We will definitely be doing it again this year!