If you’ve ever been to the ocean, you know that you can float in the salty water much easier than you can in pool water.

This simple floating egg experiment is perfect for explaining this phenomenon to kids.

It would be a fun science activity to go along with making a rubber egg. 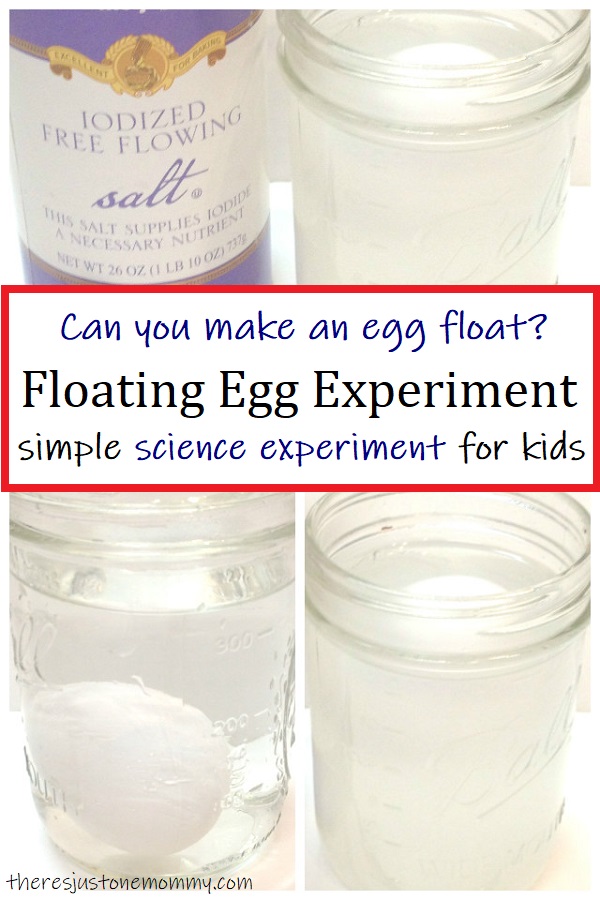 In this activity you will be making an egg float in salt water.

Afterwards you can learn how to remove the salt from the water in this DIY solar still for water activity.

To begin this egg experiment,  fill your clear container with enough tap water to completely cover the egg.

Hand your child the egg and ask them to predict whether the egg will float or sink.

Then carefully place the egg in the water.  (A fresh egg will sink; older eggs may float a bit.) 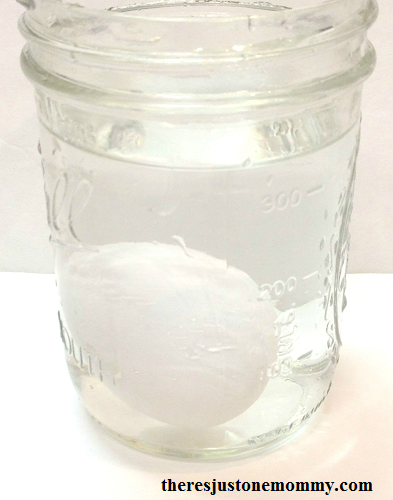 If your child has been to the ocean, this is the perfect time to discuss how much easier it is to float in the salty water.

Ask your child to predict how much salt you will need to add to the water to get the egg to float.

Now remove the egg from the tap water and stir in one teaspoon of salt.

Replace the egg and observe what happens.

If they egg still sinks, repeat the process.

Continue doing this until your egg floats.

The amount of salt needed will depend on the size of your container and how much water you are using.  It took 3 teaspoons of salt to get our egg to float in our jelly jar.

When you’re finished, use your egg in the egg drop STEM activity. 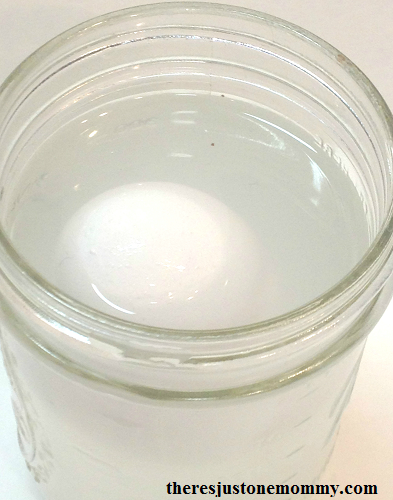 Why Does an Egg Float in Saltwater

The egg sank in the fresh water and floated in the salt water because of density.

Density is a measure of mass per unit of volume.  Generally speaking, objects that are heavy and compact are higher in density. 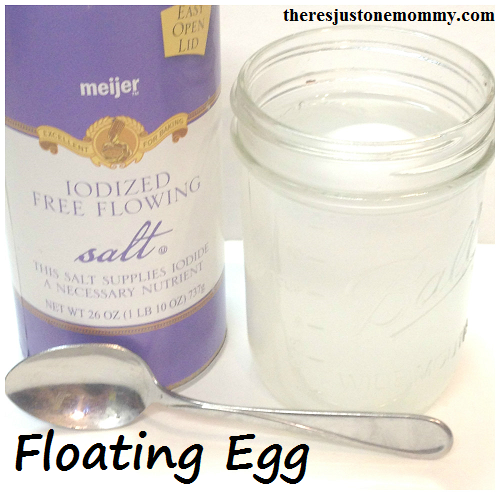 Extensions for the Egg Floating Experiment

Once you’ve succeeded in getting your egg to float in salt water, you can take the learning further with these ideas. 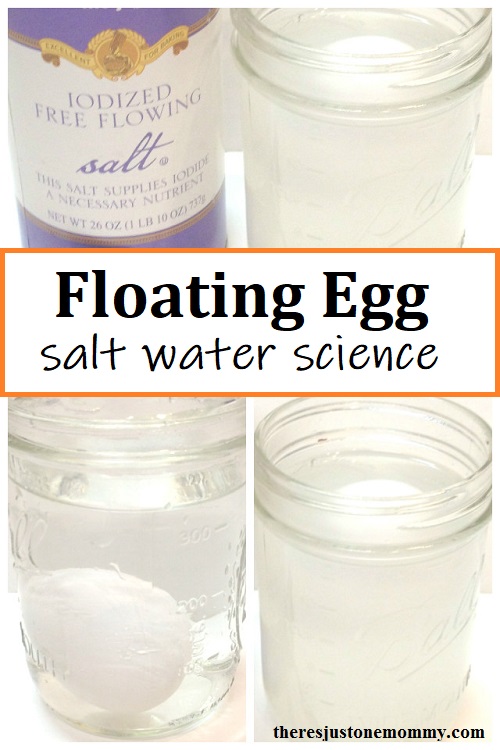 I’m looking forward to the next time I can test out my floating abilities in the ocean.

Until then, this simple floating egg experiment is a great way to introduce density to the kids.