October is the month for pumpkins and candy.

This week we had fun mixing the two in a Halloween Candy & Toothpick Tower STEM Activity that’s perfect for kids of all ages.

It has quickly become one of our favorite Halloween STEM Activities. 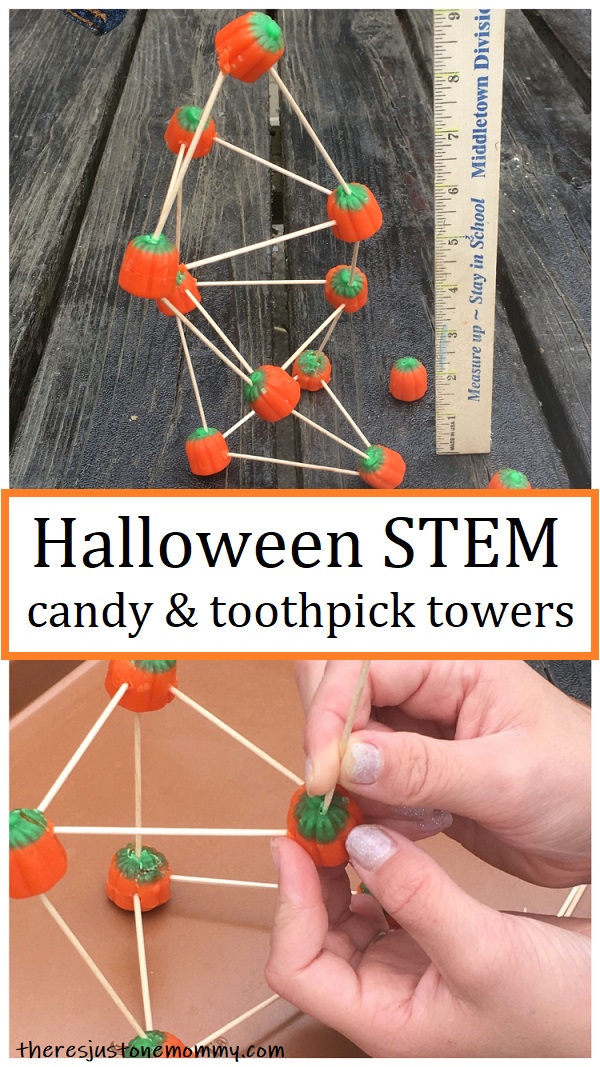 The pumpkin shaped candy in this STEM challenge makes it fun to do all fall.   You can also use the same candy to use with this pumpkin catapult.

They are two of our favorite pumpkin STEM activities to do in October.

For more fun with pumpkins, be sure to check out our pumpkin Pulley.

Set up this activity by pouring a liberal amount of toothpicks into a small container and candy pumpkins in another container.  Be sure you have rounded toothpicks, as they are stronger than the flat ones and tend to break less often.

1-3 kids should be able to share the materials this way.   If you are working with a larger group you will want to make several stations with containers holding toothpicks and candy at each station.  (This could be a fun kids Halloween party idea!)

Challenge the kids to build the tallest structure they can using only toothpicks and the candy pumpkins.  The structure must stand for at least 30 seconds after it has been completed.

Before starting remind kids that toothpicks are pointy.  They should be careful not to jab fingers as they build. 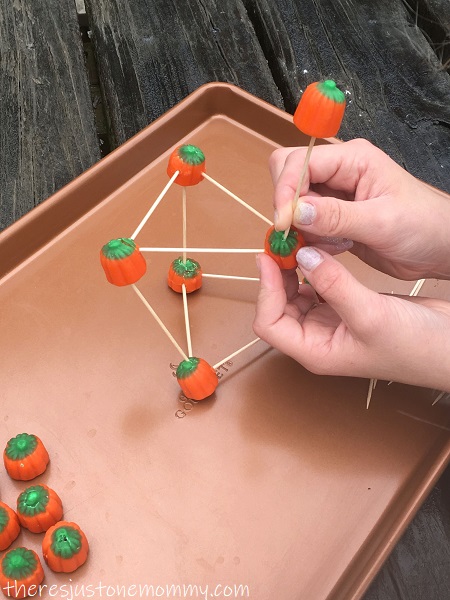 Continue adding toothpicks and candy to build a sturdy base.

Allow kids to chose whether they will try a triangle base or a square base for the structure.  Which do they think will be stronger?

Older kids may even try something more complex.  Will a bigger base help make the structure more stable?  Let them experiment to find out. 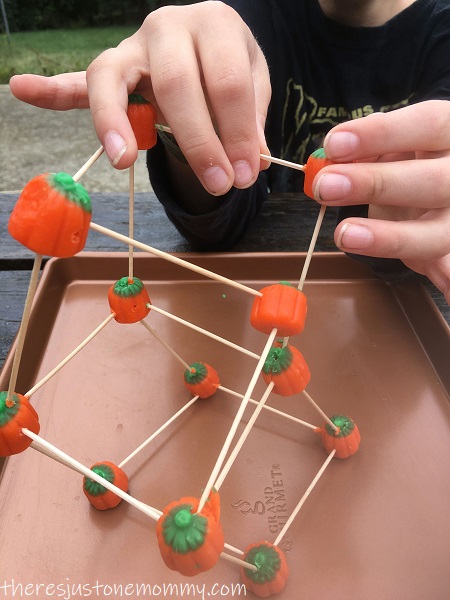 This STEM activity for Halloween can easily be modified for different ages.

We used mellocream pumpkins (similar in texture to candy corn).  These gave an extra bit of challenge to my middle school students.

They were harder to stick toothpicks into, and we discovered the toothpick structures began to bend after a few minutes, making them less stable.  There was a lot of laughing as towers slowly twisted and collapsed when not supported enough.

If you are working with younger kids, I suggest using the jelly pumpkin candy.   The gummier candy is easier to stick toothpicks into.

The gummy candy also tends to make the structures a bit stronger, allowing younger kids to be more successful. 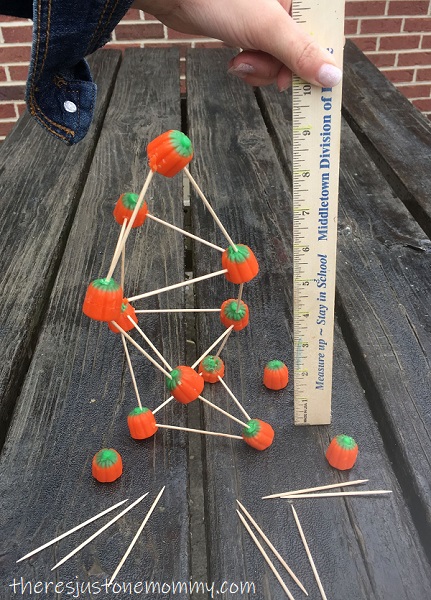 Once the structures are finished, measure the highest point of each to see whose toothpick tower is tallest.

How to Build a Sturdy Toothpick Tower

We discovered that a tower built with a series of triangles was stronger could be built taller than one with squares.

This is because triangles are very strong shapes.  Unlike the squares, which deformed quickly, the triangles were able to hold their shape under pressure. 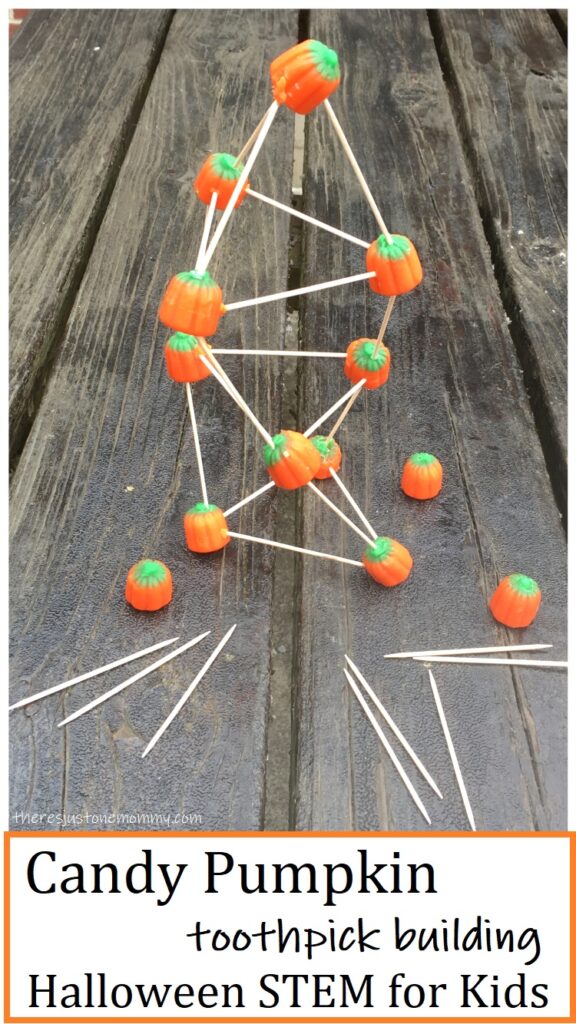 We had so much fun with this Halloween Candy & Toothpick Tower STEM Activity.  I know your kids will enjoy it, too.