It was an old, beat-up lunchbox that belonged to my husband years ago.  Somehow it made its way from his parents’ basement and into our home.  Part of me wanted to give it to Goodwill and be done with it.  But then I remembered an idea I saw on Scrappalific.  I decided to turn the lunchbox into a portable dollhouse. 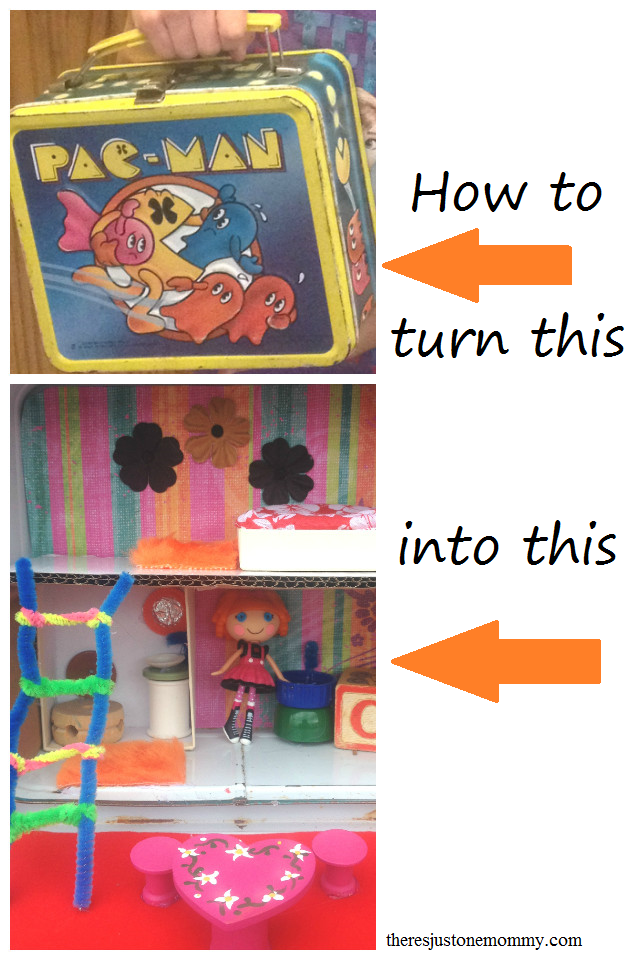 Before I started crafting, I scrounged the house for items I thought could be used.  I found some cute scrapbook paper to use as wallpaper.  After carefully tracing the lunchbox’s shape, I cut and glued the paper to the inside of the lunchbox.

I also found a small piece of felt to use as carpet.  This I glued to the lid. 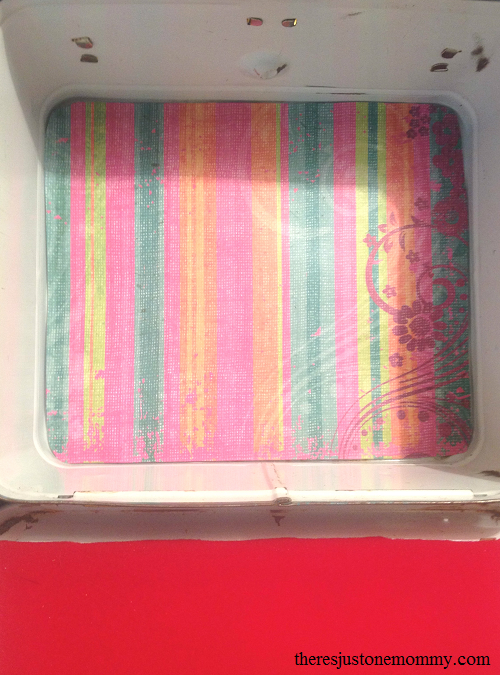 The lunchbox was large enough that I decided to turn it into a two-story house.

I hit the recycling box and found a thick piece of cardboard.  With a bit of trimming, and folding the two sides down for extra support, I was able to glue the cardboard section into the lunchbox. 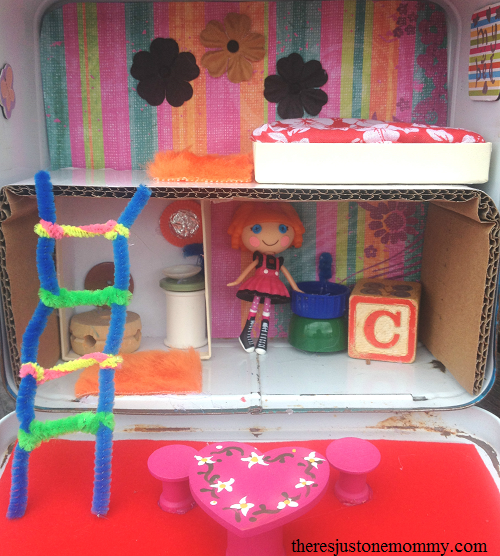 Pipe cleaners made a quick ladder so the dolls can go from the first floor up to the bedroom on the second floor.

Bottle caps and a wooden block became a simple kitchen.  For burners on the stove I used a permanent marker.    (I left the “C” visible because its my daughter’s first initial and I knew she’d get a kick our of that.) 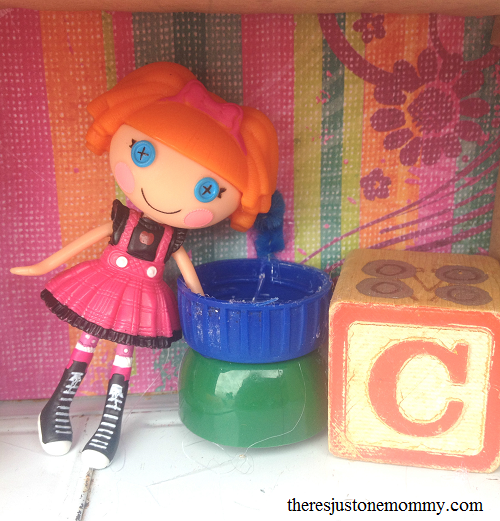 I have to give my daughter all the credit for the bathroom.  She glued a small shell on top of an empty thread spool to be the sink.  And a piece of foil behind a broken bubble wand became the mirror.   Isn’t it cute? 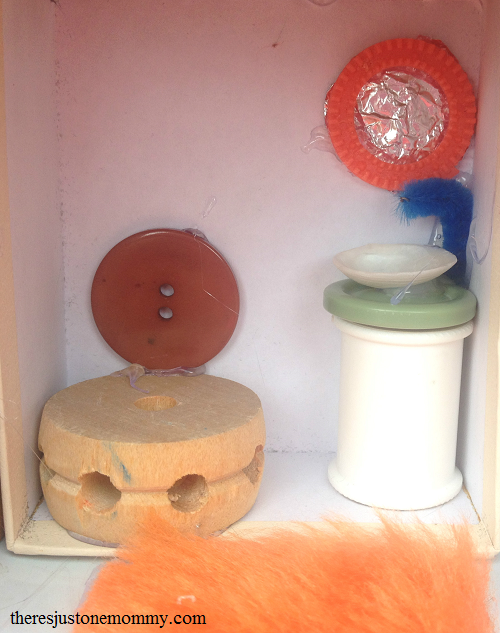 When we were finished she had a completely portable dollhouse she can take anywhere.  All the dolls fit inside, making it perfect for vacations or a trip to the grandparents’ house! 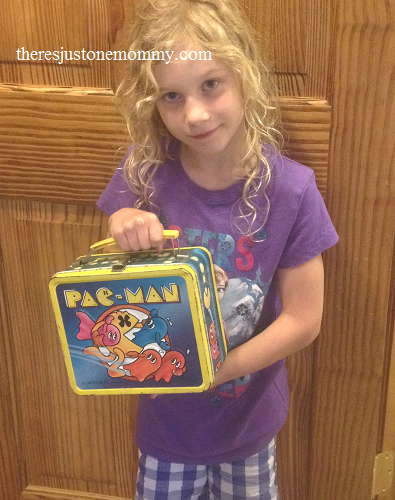 Tips for making your own lunchbox dollhouse:

A portable dollhouse would make a cute DIY gift idea for birthdays or even Christmas.