With a birthday in October, it’s no wonder my daughter asked for a Halloween birthday party one year. 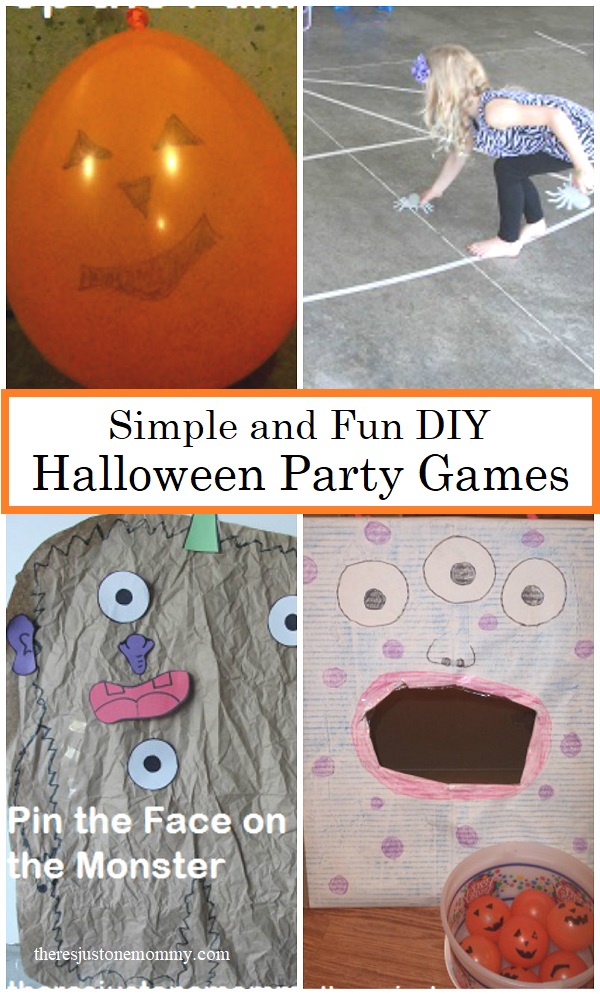 Affiliate links were used below for your convenience.  See my full disclosure here.

When it comes to a kids party, you just have to have a few good games for kids to play.

These kids Halloween party games are easy to make and fun to play.

These simple DIY party games would be perfect for a kids Halloween party, an October birthday party, or even a family game night this fall.

You can even make your own ghost pinata’ for extra family fun!

Pin the Face on the Monster Game

This is a fun twist on the classic pin the tail on the donkey. 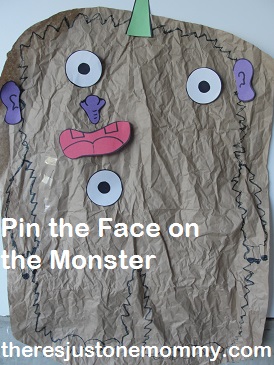 To make the game, draw the outline of a very simple monster on a piece of large paper.  (I used brown packing paper.)

Draw and cut out a variety of facial features for your monster.  Make sure there are plenty of parts for party members to choose from.  The idea is to wind up with a funny monster, so it’s okay to have multiple eyes, a few horns, noses, and mouths put in a pumpkin bucket just waiting to be pinned.  You could also include a variety of arms and legs to be pinned onto the monster.

Take  a large packing box and cut the bottom at an angle so it leans some, making it easier for the balls to go into the hole.  (See photo below.) 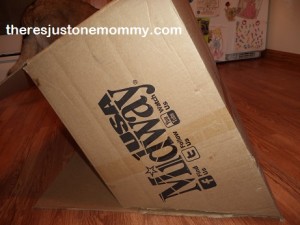 Cover the front of the box with white paper, draw a monster on the paper, and cut a hole in the box for the mouth.

You can use bean bags, rolled up socks, or even plastic ball pit balls to toss into the monster’s mouth.

I drew Jack’o Lantern faces on orange balls we had left from our old ball pit and turned them into pumpkins to feed the monster. 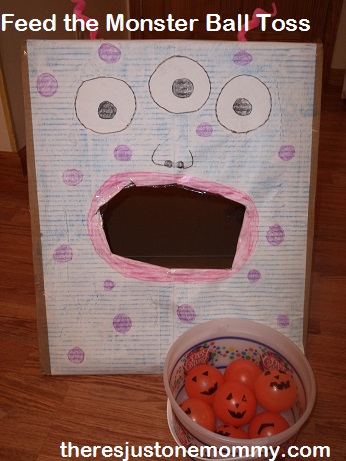 The night before the party, fill orange balloons with small stickers, confetti, a little glitter (optional), and Smarties candy.  The Smarties are skinny enough to slide into the balloon’s neck fairly easily.

Once the balloon is blown up, use a permanent marker to draw various faces on them. 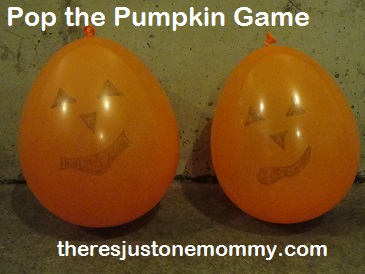 To pop them, secure a flat thumbtack to a fly swatter with duct tape.  Be VERY careful here.  I made sure the pointy end of the tack poked through the duct tape and then wrapped tape completely around the fly swatter.

The kids will have a blast popping their pumpkins and discovering the hidden surprises. 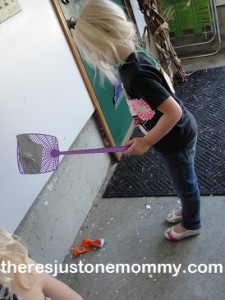 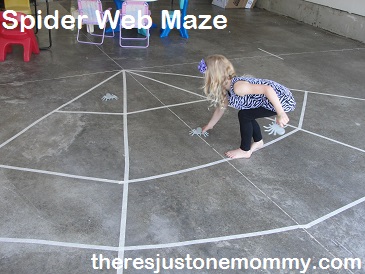 I found the original idea for the spider web game on No Time for Flashcards.

For our version I marked one end of the spider web as “start” and the point as “end.”   The kids walked carefully on the tape lines of the web, collecting a few plastic spiders that were scattered across it as they made it to the end of the maze.

I hope you have fun with these 4 simple and fun kids’ Halloween party games.  Of course, you don’t have to wait for a party — go ahead and try one for a family game night this October. 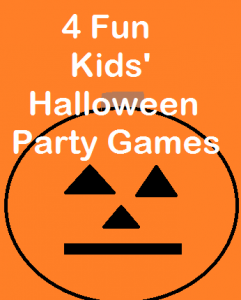