There is just something about rockets that gets kids excited.  When we worked on learning the alphabet one vehicle at a time, I knew right away we had to do “R” is for Rocket.

Are you ready for some fun Rocket Activities to celebrate the letter “R”? 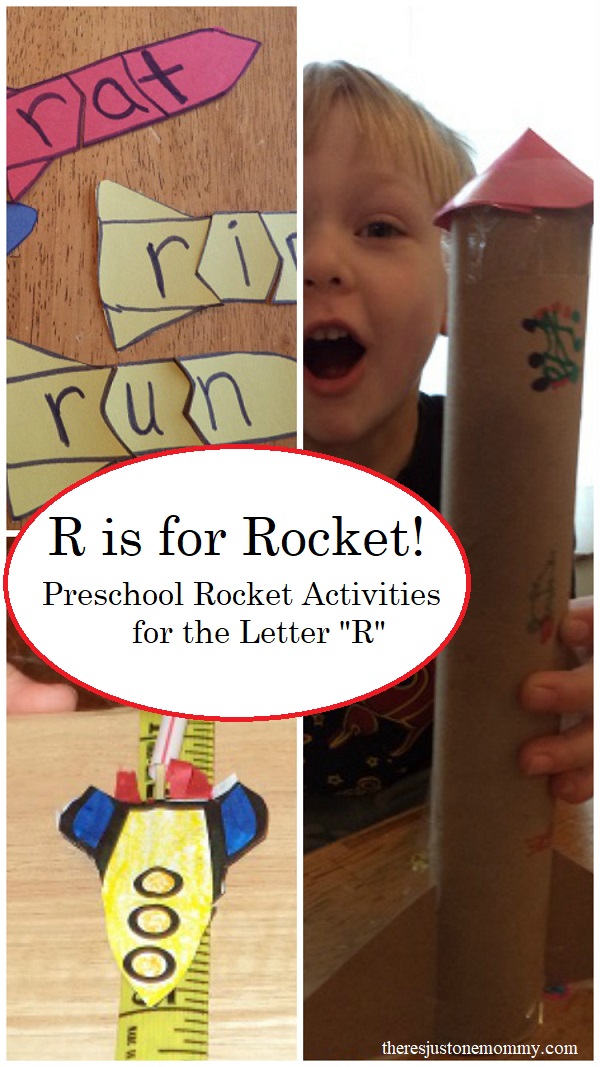 Rocket Activities for the Letter R

We had a blast with our rocket activities!

After a quick review of writing the capital and lower-case letters (the preschooler insisted he write in red because it started with “R” — love that!), we started with a little craft.

I had several paper towel tubes in the recycling.  The preschooler had fun decorating the body of his rocket, while I cut a few triangles out of some spare cardboard pieces to use as wings and made a construction paper cone for the nose of our rocket.  These were taped on with clear packing tape so we didn’t have to wait for glue to dry. 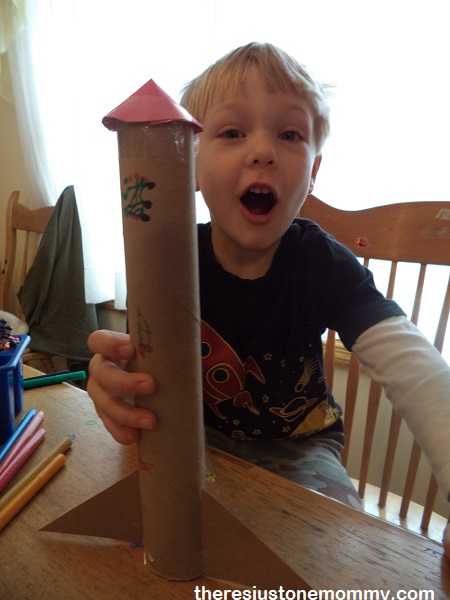 Then it was time to go on a race, searching for the letter “R”!

While the preschooler wasn’t looking, I hid a bunch of lower and upper-case “R’s” around the living room and down the hallway.  I also put out a few letters that weren’t the letter “R,” and wrote a few of the letters backwards to REALLY see if he was paying attention!

After counting down from 10 (just like rockets should), he raced off, searching for all the letters! 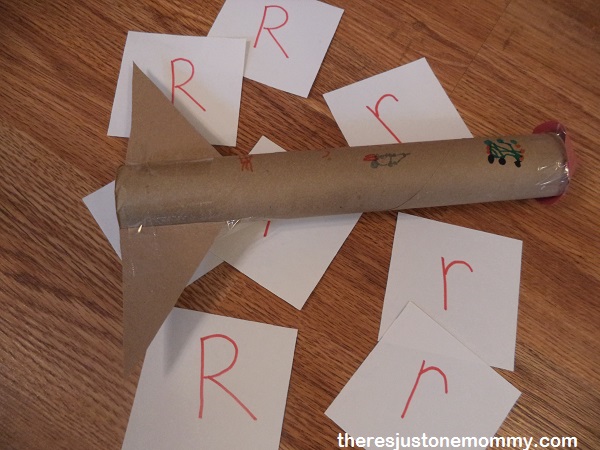 We counted the letters he came back with, making sure they were all the letter “R,” and then I told him how many more he needed to find.

After that we moved on to working with some words that start with the letter “R.”

The night before I had made 5 rockets from construction paper.

I wrote one “R” word on each rocket, and then I cut the letters apart to turn them into puzzles.

The preschooler had fun putting the rockets back together and then trying to sound out the words. 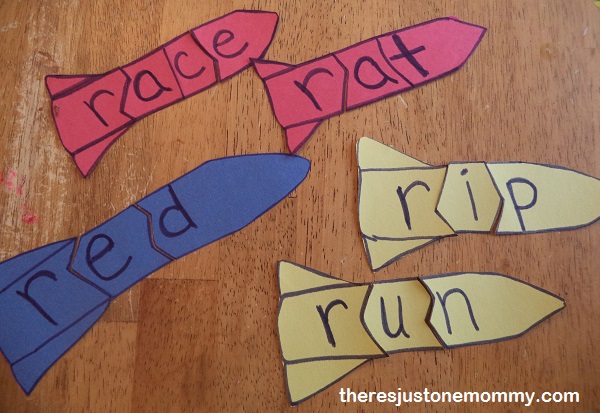 We put our rocket pieces in a zip-lock bag for future use.  He has already pulled them out and worked on them several times, all on his own.  That’s when you know it’s a win!  (You can find a similar activity over at The Imagination Tree.)

Finally, it was time for the activity I knew would be a blast for both the preschooler and the kindergartner.

After seeing numerous straw rocket variations online, we just had to try our own!

I found some simple rockets to color online and printed out 2 for each straw rocket we planned to make.   (I had to shrink the pictures down to be about 2 inches in length.)

Once the kids finished coloring both of the rockets, we used a glue stick to add a toothpick and tissue paper “flames” to one rocket.   (Keep about half the toothpick hanging off.) 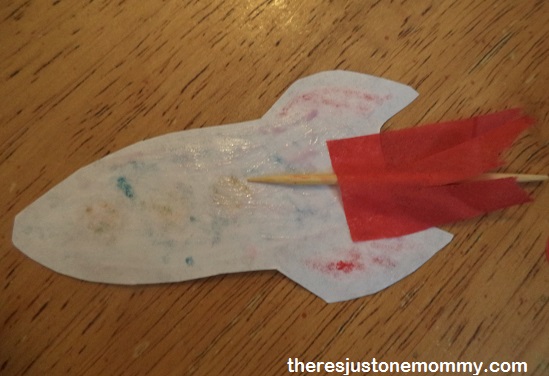 Then we added a bit more glue and stuck the second rocket on top.

After a few minutes of drying, it was time to launch! 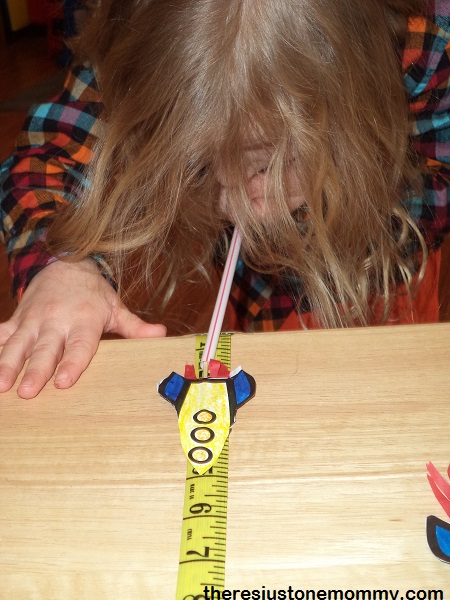 To launch the rocket, we stuck the toothpick end into a drinking straw and blew!  (A bendy straw is great for this!)

I taped a tape measure to the table and the kids had fun reading how far their rockets went.  (Good practice for both of them in reading numbers!)

This activity kept them busy for well over half an hour.

We had so much fun with rocket activities, we had to do one more.    Click over to see how we used rockets in this fun sight word (or alphabet identification) game.

You’ll also like some of our other alphabet vehicle activities: