The best part of Labor Day weekend for me?

Getting to see my sister and her family at the halfway point between our houses in Peoria, Illinois.

I already told you about our travels on Friday.

Hurricane Issac brought plenty of rain on Saturday.  There were a few breaks where we were able to get the little ones out of the hotel rooms to run around.  Their favorite part of going outside?  This huge puddle in the parking lot. 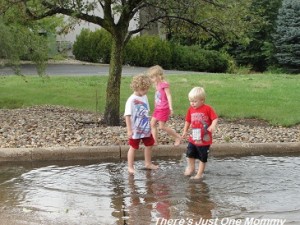 There was also plenty of time for water play  in the hotel pool and hot tub, which our little ones used like their own personal kiddie pool (it wasn’t very hot). 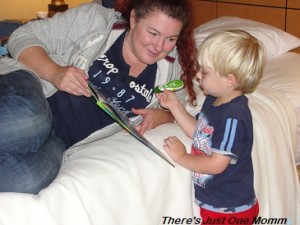 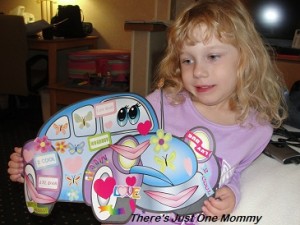 And my daughter wanted me to take her picture with each one.  (Yes, that’s a sure sign she is  a blogger’s kid!)

Instead of going to the zoo like we originally planned, we opted to stay dry at a Chuck-E-Cheese nearby, where even my teenage nephew and 21 year-old niece were able to “be a kid.” 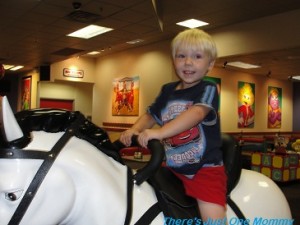 Yes, I could have included a pic of my nephew and niece having a blast at Chuck-E’s house, but I thought they’d prefer this pic instead… 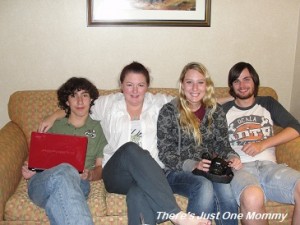 On the left is Legoman, whom I’ve mentioned before in the post The Power of Prayer.  Do you think he’s checking out my blog on that laptop?  (Hey, an aunt can dream, right?)  The next one is my sister, followed by her daughter and daughter’s boyfriend.

After watching the kids having fun together, and just being able to hang out with my sister, I’m hoping we get to do it again sometime soon!

How was your Labor Day weekend?