My preschooler has been having a blast with our vehicle alphabet series.  After playing with monster trucks for the letter “M,” he was anxious to explore the next letter with vehicle activities for letter “N.” 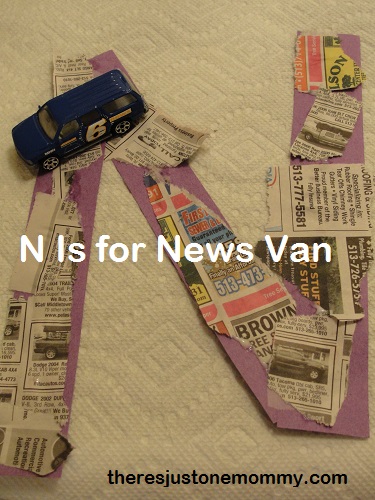 We started off our activities by practicing writing the letter “N.”

The preschooler loves to use a marker to trace the letters I write with a highlighter.  Not only is it good practice when it comes to writing the letters, but he also likes to see what happens when two different colored markers mix. 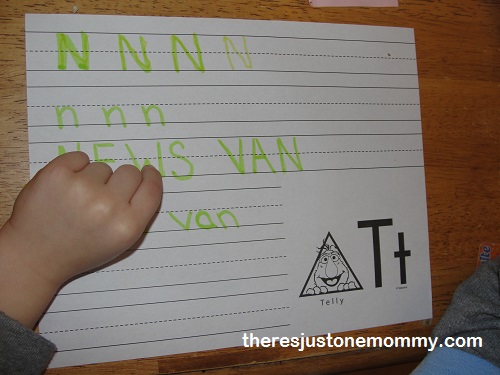 Once we practiced our letters, we talked about what news vans do.

We briefly talked about some of the things you hear on the news and read in a newspaper.

Then we went on a scavenger hunt for the letter “N.” 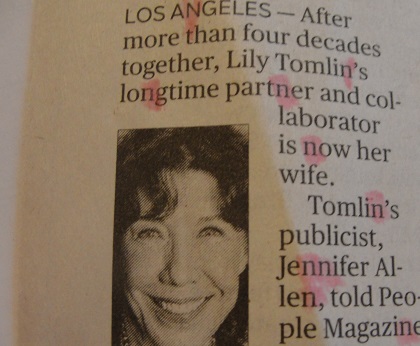 I gave both the preschooler and the kindergartner a small section of the newspaper.  They used highlighters to mark all the lower-case and capital letter “N’s” that they could find.  (Too overwhelming?  I circled the words that had “N’s” in them for the preschooler to make it a little less overwhelming for him.)

Our next activity was to create our own letter “N” to decorate.

I gave them each a handful of strips of paper to form the letter. 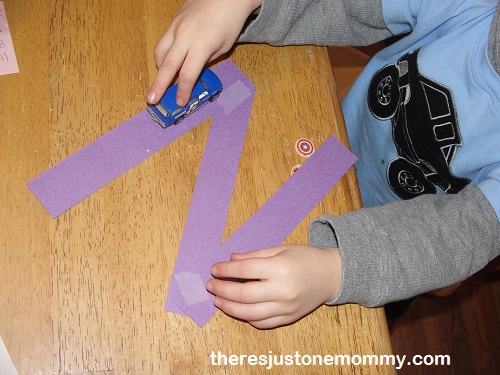 My preschooler could not resist driving his news van along the letter.

Once he tired of that, I gave him the rest of our page from the newspaper to rip up and glue to our letter “N.”  Ripping up the paper worked those hand muscles, and the fact that he got to squeeze the glue bottle himself just made his day.

I was ready to create our own newspaper, but the preschooler was anxious to drive his news van around the city.  After all, the news doesn’t stop!

Be sure to come back to see what we do with the letter “O” next week!