A long time ago in a galaxy far, far away…

It was time for some letter X activities! 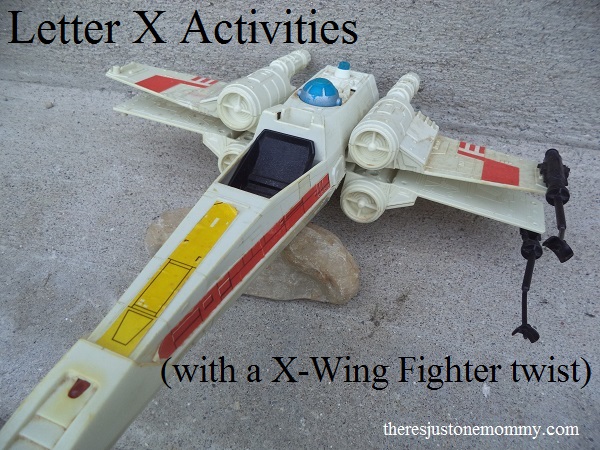 As we near the end of our vehicle alphabet series, we just had to do X-Wing Fighter for the letter X!  (Am I showing my age with this one?)

Neither of my kids have seen any of the Star Wars movies yet, but they have heard about them.  And the boy was super excited to discover we had Daddy’s old Star Wars X-Wing fighter

(minus a few pieces).  There is nothing that excites him more than getting his hands on a new vehicle!

To prepare for our letter X fun I printed out 35 stars (I picked one I liked on Google).  I wrote one capital letter on each star, making several the letter X.  I also threw in a few numbers.  Then I used paint-safe tape and taped them on both sides of our hallway.

This was our “galaxy” to fly our X-Wing Fighter through!

The kids took turns flying the spaceship down the hallway, searching for the correct letter as I called them out.

With several X’s they each got to look for the letter of the day; they also had fun searching for many of the other letters and even a few numbers as I called them out. 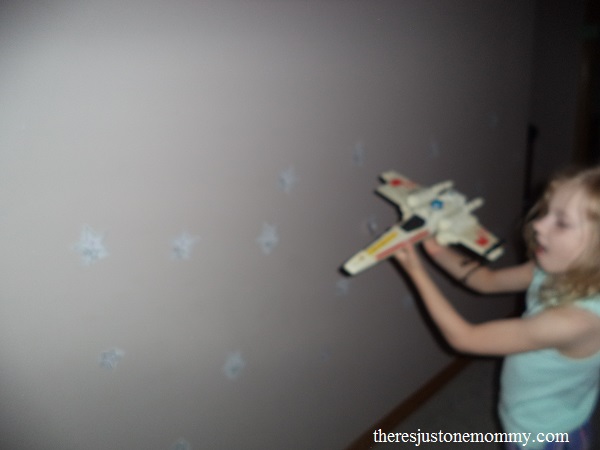 Once they had both found 5-6 different stars each it was time for our second activity — putting the stars in alphabetical order!

Working as a team they hunted for each letter, lining them up carefully on the wall. 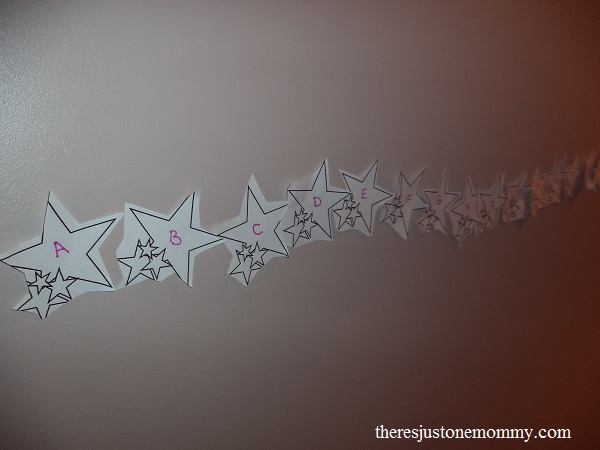 After they were all lined up, I asked my youngest to count them with me.  He was surprised to discover how many letters are in the alphabet!

Since there aren’t very many words that actually start with the letter X, we talked about some words that end in X.

I put up the word “ox.”  After sounding it out together I stuck a “B” in front of it to make the word “box.”

The 6 year-old sounded it out and then we changed the “B” to “F.”  The 5 year-old was thrilled to find he could sound out the word on his own! 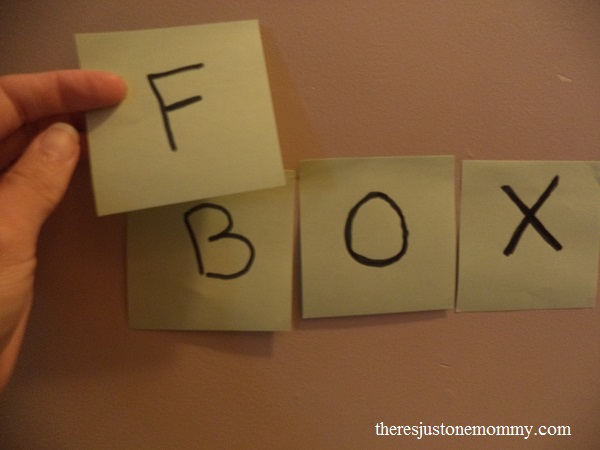 And of course we HAD to do a craft!

Just click to check out our X-Wing Fighter craft!

Until then,  may the Force be with you!