My son loves sharks, so it was no surprise when he asked for a shark birthday party.

Of course he wanted a shark cake and fun shark party games to celebrate.

I searched everywhere to find just the right cake, but they all included miniature toys sharks or were just round cakes with a toothy shark grin.  He wanted one that was 3-dimensional.

It took a bit of tinkering, but eventually I figured out how to make a shark cake. 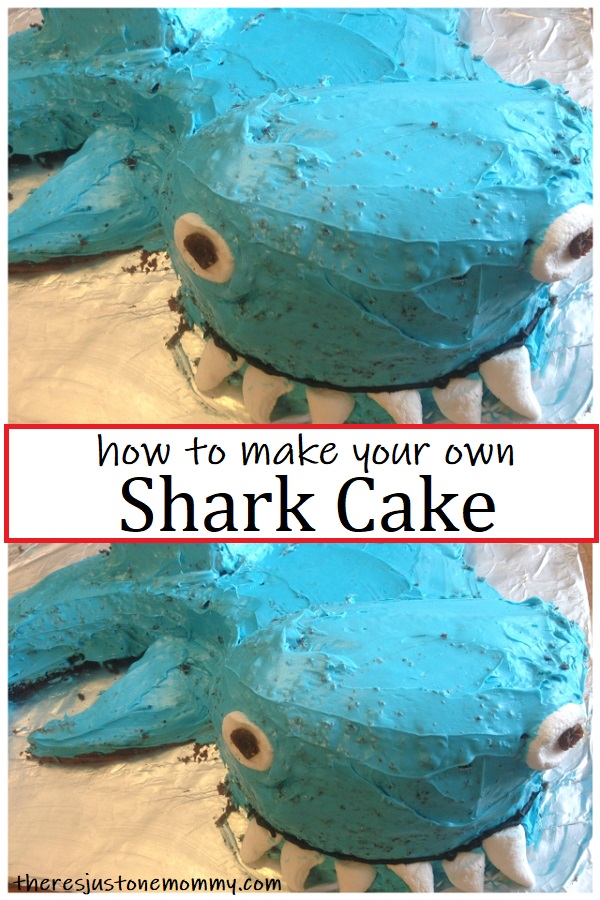 Affiliate links have been used below.

This fun cake is perfect for a shark party or to do as a shark week activity.

How to Make a Shark Cake

To make our shark cake, I used 2 boxed cake mixes, baking them together in a 16 inch round cake pan.  (Definitely the biggest cake I’ve ever made!)

Once the cake was completely cooled, I cut it into a yin-yang shape (or 2 paisleys side by side).

One paisley shape became the base of the shark.

I cut the circular end off the second paisley and used icing to attach it on top to create the shark’s head.

I cut the end off the second paisley and then cut it in half horizontally to create the shark’s fins. 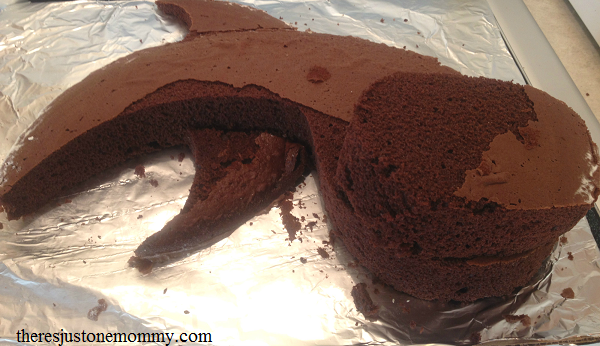 Finally, I cut a triangular piece from what was left to make the shark’s tail and another to be its dorsal fin.  (Tip:  Use a serrated knife to tapper the sides of your triangles so they are thinner on top.  Definitely helps them stand up better!)

I used icing to stick the various fins and tail onto the shark’s base.  Then I covered the shark with blue icing.  (The birthday boy’s color of choice.)

The eyes were created by slices of marshmallows and a raisin stuck together with a toothpick.

The teeth are marshmallows that I cut into triangles with a pair of kitchen shears.

The tail was a bit of a problem at first. That’s how I first discovered that tapering the triangle is crucial, making it thinner at the top.

Since I made the cake the day before the party, I used a marshmallow on both sides of the tail as well to keep it up overnight. A bit of icing easily covered the marshmallows.  If I did it again I would just save the tail piece and some icing and add the tail right before guests came to the party. 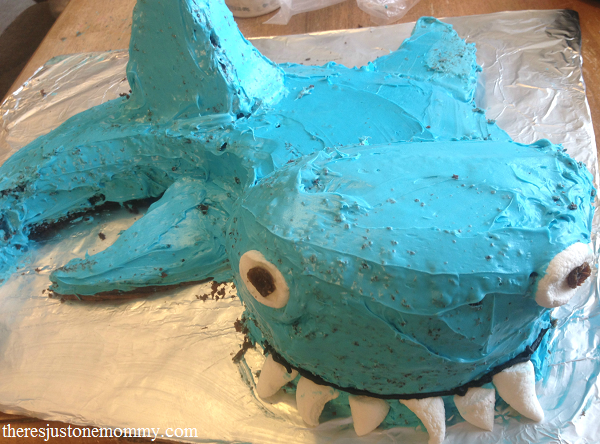 In all, I used 2 1/2 cans of icing for our cake.  If you use a 14 inch circular pan instead you might be able to go with just 2 cans of icing.  (It always helps to have extra on hand if needed.) 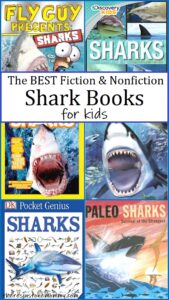 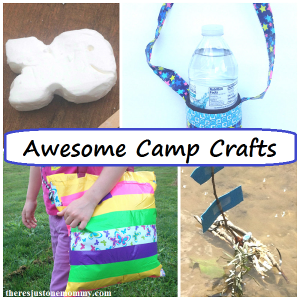 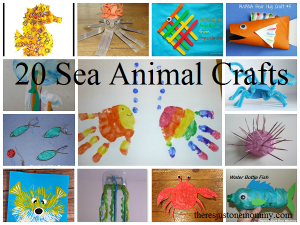 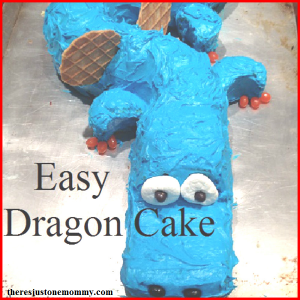