Do you remember playing with paper fortune tellers as a kid?  I remember folding the paper carefully, coming up with funny fortunes to write in the middle, and then using them with friends during the school bus ride home in junior high.

It turns out those folded wonders are just as much fun today as they were 20+ years ago.  When I saw how excited my daughter was over making a few this summer, I decided to make a few cootie catchers to practice math facts.  (Anything to make math fact practice fun!) 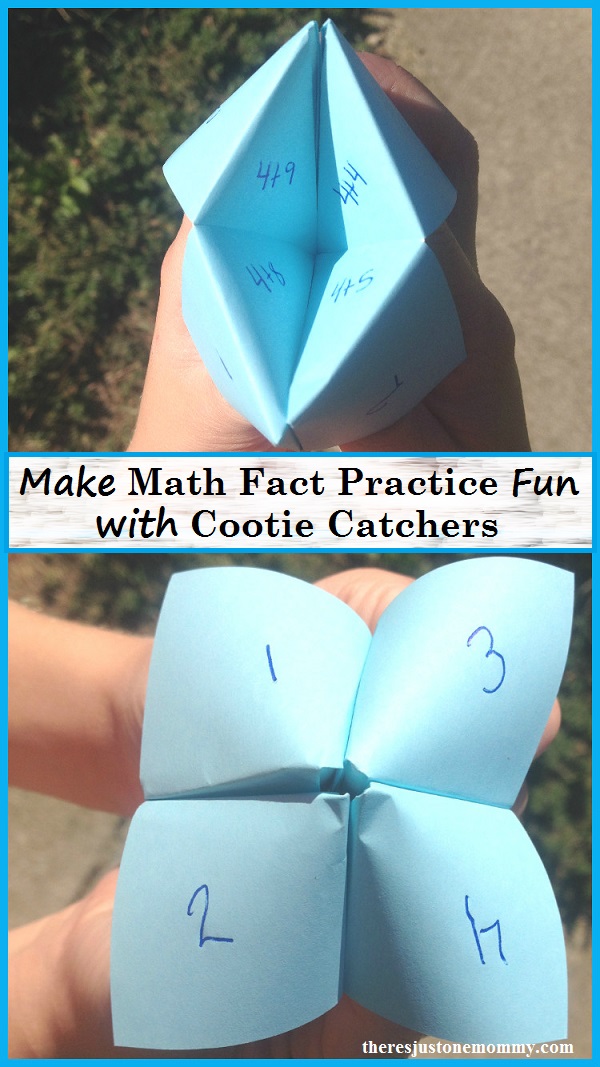 When my daughter saw me making these, her eyes lit up.  We’ve made several to practice addition facts.  I keep them in the backseat of the car, where my daughter can often be seen opening and closing the folded paper while practicing math.

Forget how to fold an origami fortune teller?

How to Make a Cootie Catcher to Practice Math Facts

Start with a 6 inch square of paper.  Fold the paper in half, creasing it, and then unfold it.  Then fold it the opposite way, crease it, and unfold it.

Fold each of the 4 corners in towards the center of the paper (where your 2 crease marks came together).

Flip the whole thing over and fold your new corners into the paper’s center.

Finally, fold your creation in half, on one of those original crease lines.  You should see 4 squares to put your fingers in to operate the cootie catcher.

Now it’s time for some fun math fact practice.  Start by picking one of the numbers on the outside squares.  Open and close the cootie catcher, up and down and side to side, as you count to the number chosen.

Once you finish counting, choose one of the math problems seen to answer. 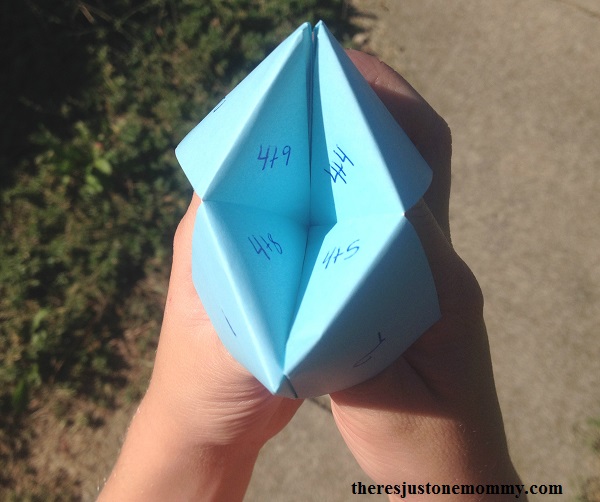 What’s great is this fun way to work on math facts is self-checking.  Your child can simply lift the flap to see if they are correct.

It’s perfect for kinesthetic learners.  Plus you have the visual there, and if they read the problem and answer it aloud they are also adding in that auditory component.  I love finding ways to work on math facts that use more than one type of learning.

You can easily modify this math fact activity to fit your child’s needs:

Your child can further personalize their math fact cootie catcher by drawing designs along the edges of  it. 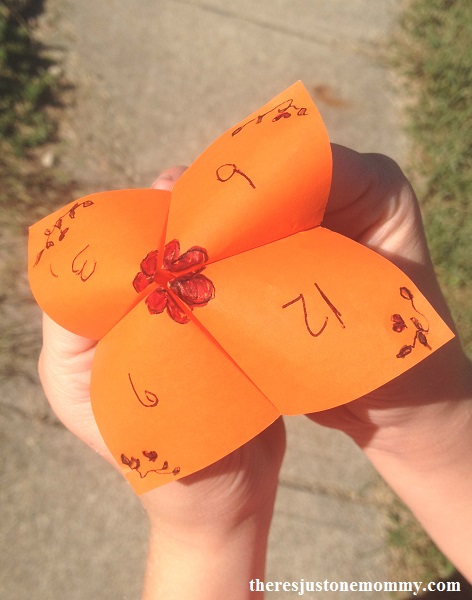 Watching my daughter use her cootie catchers for math fact practice brings back so many memories of making these silly little paper fortune tellers as a kid.  But what I love most is that she isn’t groaning about having to practice those math facts.  In fact, she has been asking me to make them for subtraction facts, now, too.  I’d call that a parenting win.

Find more fun ideas in my collaborative ebooks ABCs & 123s and Up! which is full of kinesthetic learning activities. 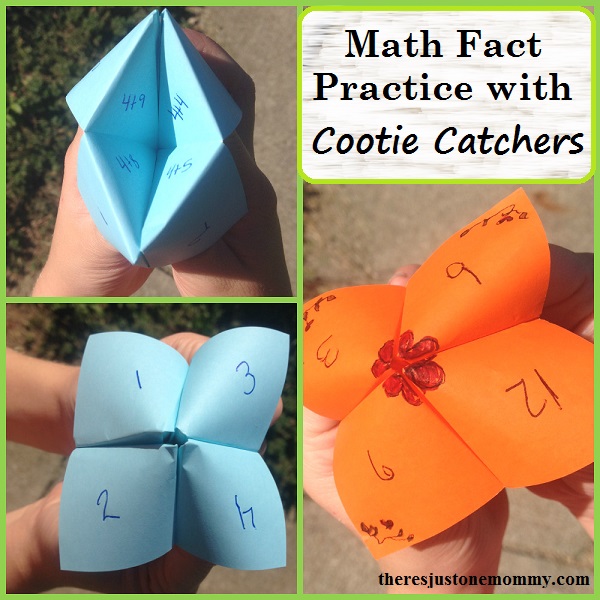 You may also be interested in these fun math fact activities: