It’s Memorial Day weekend, the traditional start to summer for many.  While it’s a great time to get together for family cook-outs and a swim in the pool, Memorial Day is really about so much more than that.

It’s a time to remember all the servicemen who have died.  This week I pulled out some of my husband’s old army men to help explain that sacrifice to the kids. 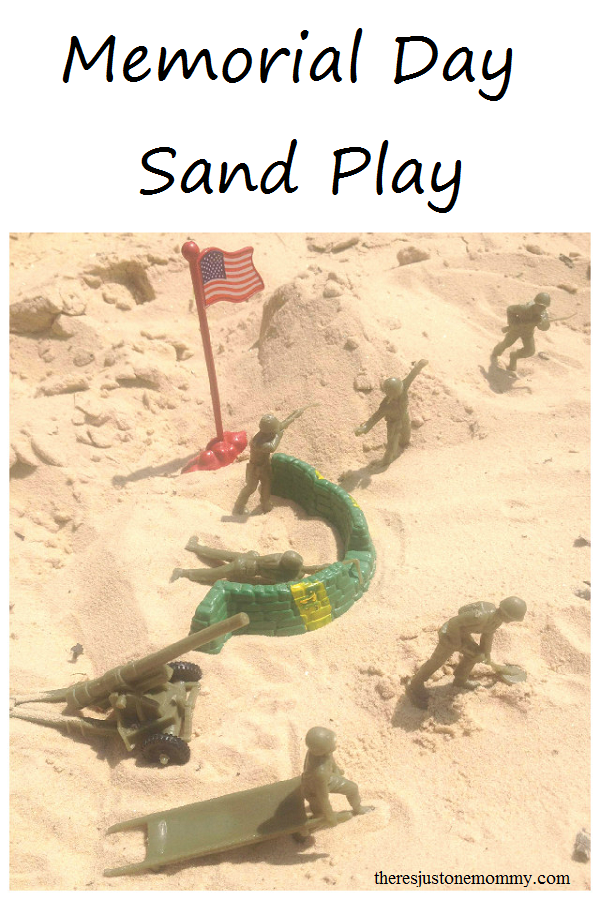 My husband has a HUGE collection of army men

from when he was younger.  And while I wanted to explain that sometimes our military men and women don’t make it home to their families, I also didn’t want to get too involved it the details of war.  (I have a very sensitive 6 year-old.)

So, I skipped using the fallen soldiers he had in his collection, but I did choose to include the soldier carrying the stretcher for the wounded.  He was able to put soldiers on it and pull them around, but in his world, the soldiers always came back.  That’s the beauty of childhood. 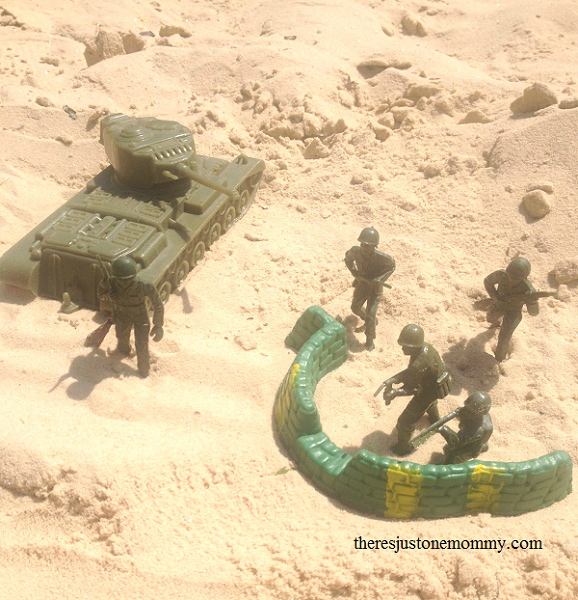 He may not grasp the finality of a soldier dying; honestly, I don’t want him to just yet.  I want him to hang on to that childhood innocence a little longer.

But getting the soldiers out, and letting him recreate battles in his small world was a good introduction to what Memorial Day really is about. 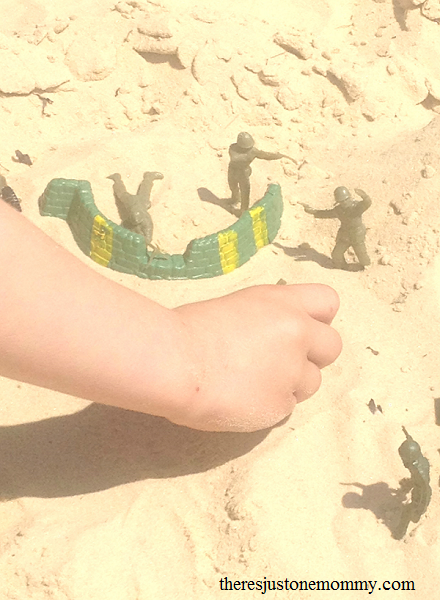 Looking for other patriotic ideas?

Check out our patriotic sensory play and American flag craft.