When it comes to vehicles, it took me a while to think of one for the letter “O.”  My son loves the Titanic, and I eventually decided we’d do “O” Is for Ocean Liner! 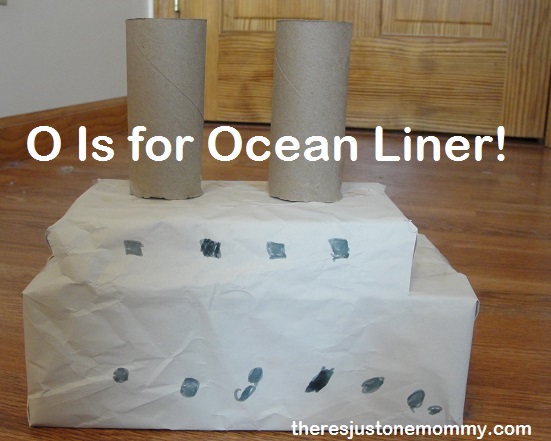 We started our exploration of the letter “O” with a scavenger hunt on paper.  The preschooler enjoyed using a dot marker for the first time to mark each letter “O” he found. 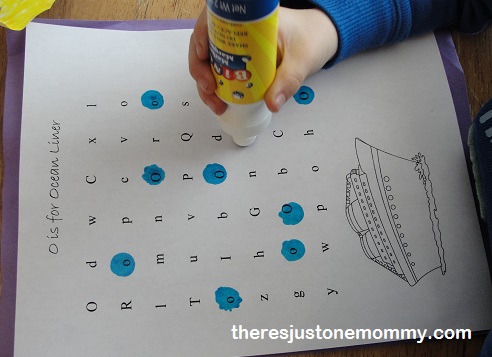 After finding all the O’s, and coloring the ocean liner at the bottom of the paper, it was time to practice making his own letter O.

His sister had so much fun working on sight words in the sand that I brought it back out.  The preschooler drew hundreds of big and little O’s in the sand using his finger.  (The feel of the sand along with the movement is great for tactile learners!) 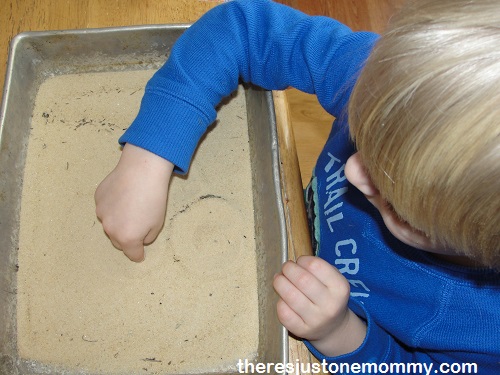 After dusting the sand off his hands, he set to work on the ocean liner puzzle I had created. 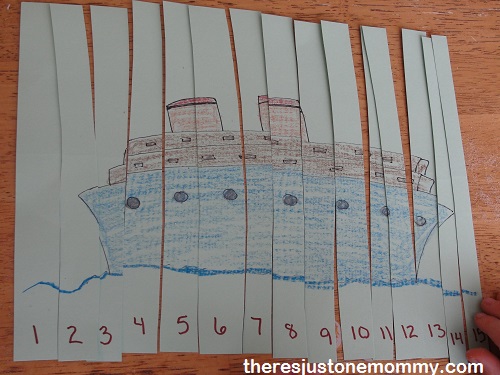 I simply drew a basic ocean liner on card stock and then cut it into 15 strips.  I wrote the numbers 1-15 at the bottom of the strips so that when he put the numbers in order, his ocean liner would appear.  (Don’t want to draw it?  There are tons of ocean liner pics available on Google you could print out to create your own puzzle!)

Finally it was time for his favorite part — our ocean liner craft.

We hit the recycling box to find just the right parts to our ocean liner. 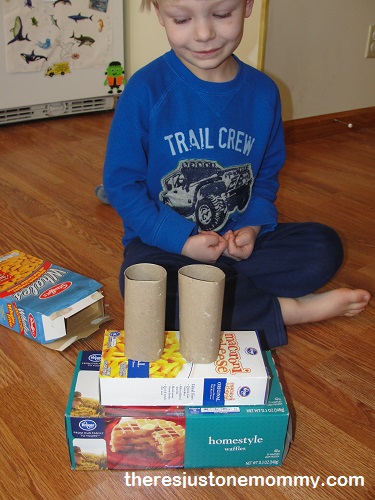 Once he had his ocean liner, he decided he needed a lifeboat to go with it. 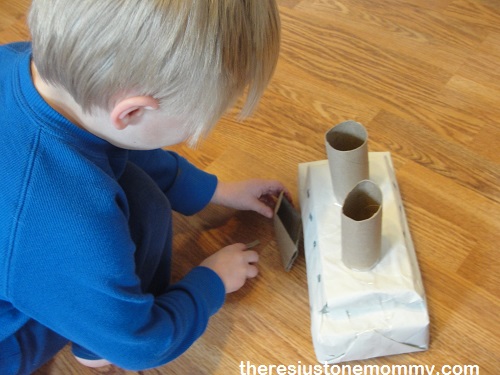 He spent at least a half hour having people jump from the ocean liner into the cardboard tube life boat and retelling the story of the Titanic to himself.

Have a little vehicle lover of your own?

Check out a few of our other vehicle alphabet activities! 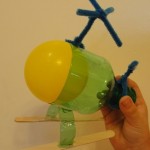 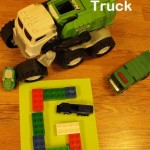