My son loves to drive his miniature construction vehicles through dry rice.  It’s a nice alternative when playing in the sandbox isn’t possible.

With Memorial Day coming up this weekend, I thought I’d try making patriotic rainbow rice.  (I’ve seen several “recipes” for colored rice out there.  I did something very similar to the one found at Blog Me Mom.  The only difference is that I stirred the food coloring into the rice instead of shaking it.  Next time, I’m letting the kids shake it up before I pop it in the microwave for those 10 seconds!)

Once I had the rice colored, I set out the invitation to play… 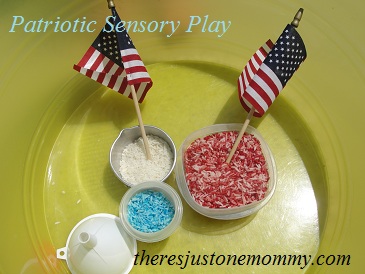 I pulled out the outdoor play kitchen stuff from when we do mud pies, and they started spooning rice into various containers. 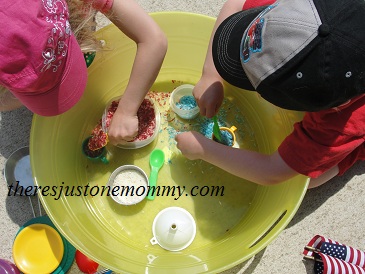 And, of course, after a while, the construction vehicles made an appearance! 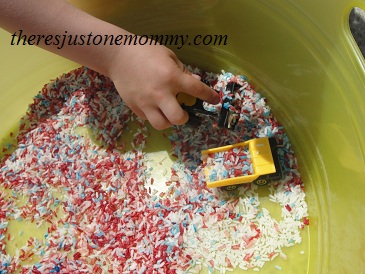 I have to say, just by adding color to the rice, it became a whole new level of excitement for both of my preschoolers!  Rainbow rice sensory play is something we will definitely be doing again!