We were spending the day at Grandma and Grandpa’s house, and after telling Grandma all about “U” Is for UHaul, the preschooler was itching to do “V” Is for Van. 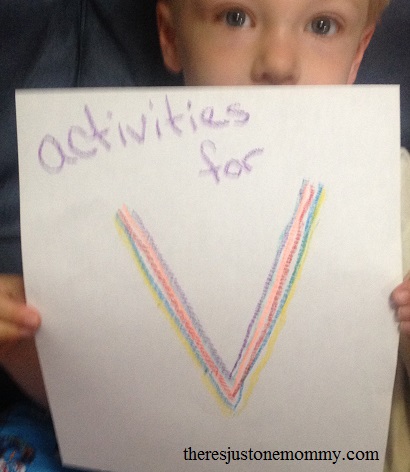 Since I was able to do all my planned letter V activities without much prep, I grabbed some paper and we got started.

Our first activity was to create a rainbow letter “V.” 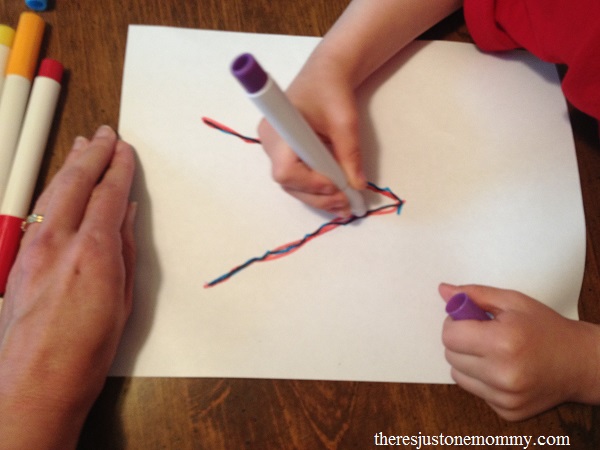 The preschooler had fun making a large V on the sheet of white paper.  First he used the red marker; then he grabbed the orange, blue, green…   He had fun tracing the letter over and over and watching it become a rainbow of colors.

Then I suggested we use our bodies to create the letter. 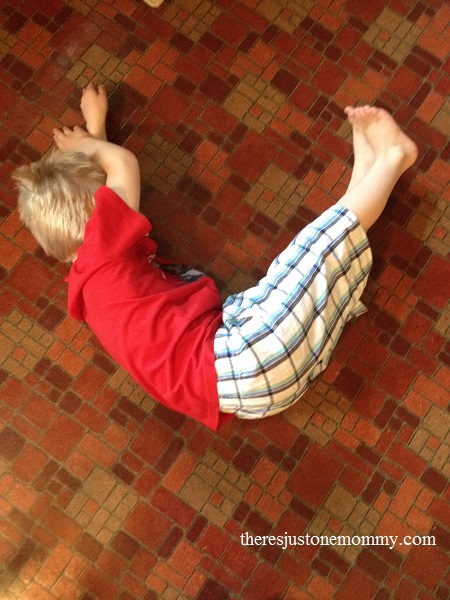 We had fun contorting our bodies different ways on the kitchen floor.  Mommy made little guy laugh when I made a few shapes that were most definitely NOT the letter “V.”  He took great care to correct my mistakes.

And, of course, we couldn’t work on the letter “V” without some sort of vehicle!

I drew the rough shape of a van on one of our pieces of paper.

I added 3 squares to it, writing the word “van” with one letter per square.  On another scrap of paper I made several other squares, writing the letters C, M, F, T, and R on them. 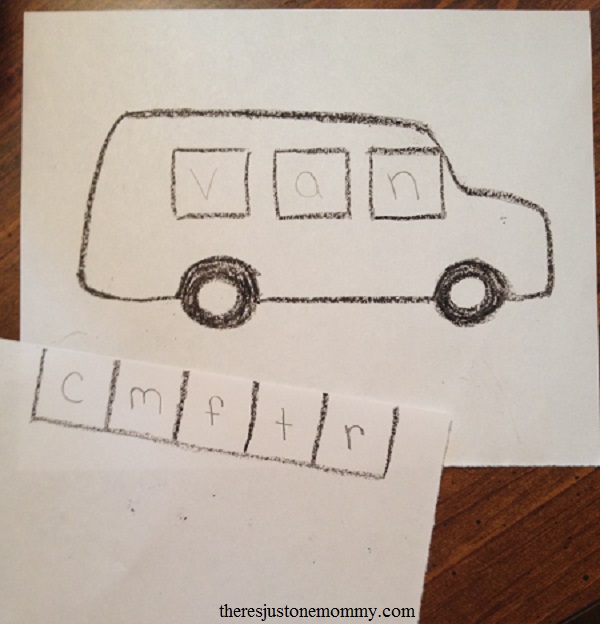 Then I had him trace each of the letters as we spelled “van.”

Once he was finished, he traced the letters on the other page, carefully saying each letter as he traced it.

Then I asked him to cut out the squares.  (Squeezing in some scissor practice!) 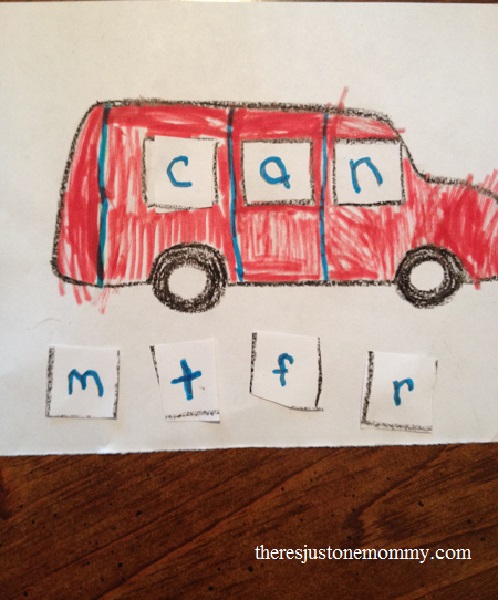 Once our squares were cut out we took turns replacing the letter “v” on our van with each of the other letters, carefully sounding out our new words.

Not only were we practicing sounding out the letters and words, but we also talked about how they all rhymed.  My preschooler is BIG into words that rhyme lately!

With the nice weather lately we will be taking “W” for Wagon outside this week.  Be sure to come back to see what we do!