Around here, anything that goes is big.  I mean BIG!

And trains, trains are not only fun to play with, but they great learning tools too!  So it should be no surprise that we had to have  “T” Is for Train Day! 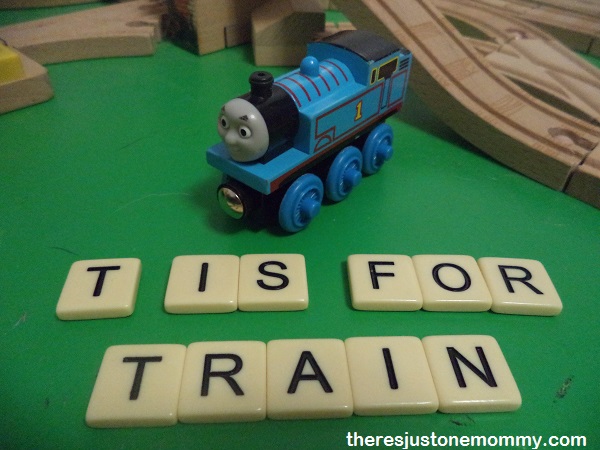 We started off with writing “T” on lined paper.  (We are working on using the lines the correct way!)

Then it was off to the train table for a letter “T” hunt!

tiles on the wood train tracks.  (Have you seen our other Bananagrams learning activities?)

I made sure to use all the letter “T” tiles and through in a few others as well to make it a bit more difficult.

My little engineer had fun driving his train around and collecting all the “T” tiles, leaving the other letters behind. 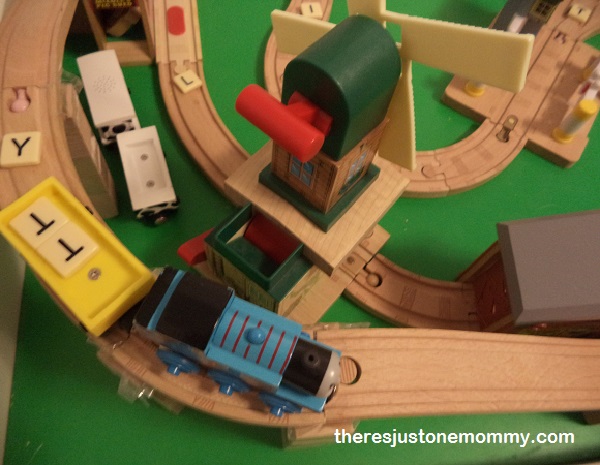 Of course we had to play a bit longer with our trains.  I mean, who can resist, right?

But, once Thomas had made his rounds, we headed to our next preschooler train activity. 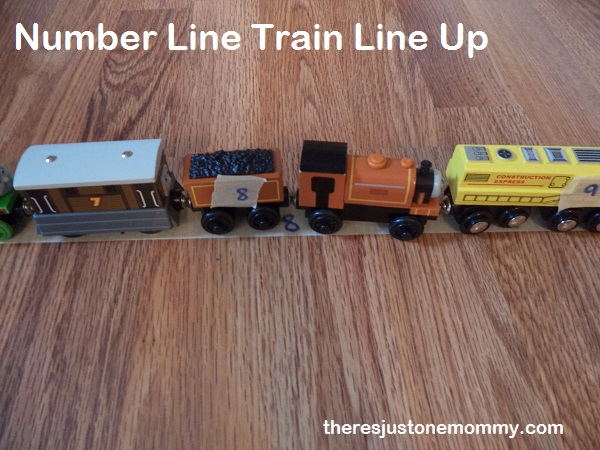 I used masking tape to make a number line on the kitchen floor.  Our line went 1-10, but you could go further than that if you have lots of trains!

Because not all of our trains have numbers on them, I used a small piece of masking tape on the unnumbered ones to give all our trains a number.

Then the preschooler put the trains on the number line, making sure each train was in the correct spot.

I reused our number line and added a bit more masking tape then to create an over-sized train track.

Using Post-Its I put a letter in each square.

Then I had my little train (I mean, preschooler) chug up and down the track to each letter I called out.

I have to say he had fun seeing how fast he could get there! 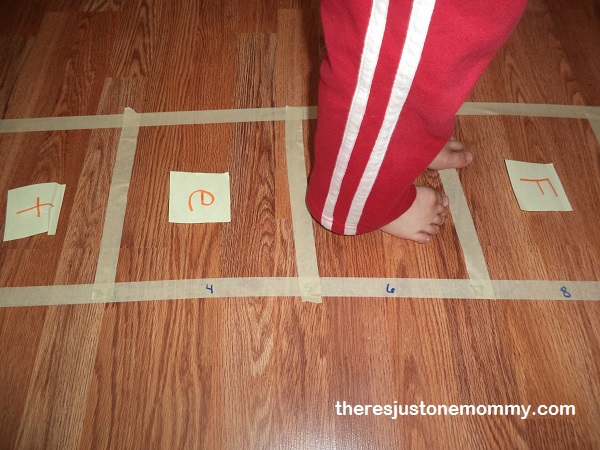 Finally, it was craft time!

This one was the preschooler’s idea.  He wanted to use shapes to make a train, just like we did back with “B” Is for Boat and Bus.

And so we did. 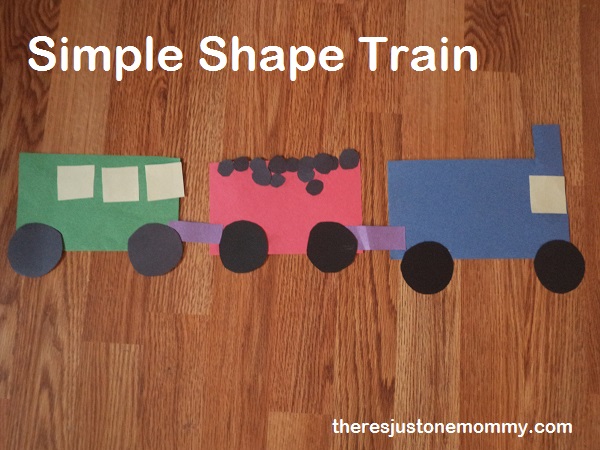 I originally just had pieces cut out for the engine and passenger car, but he reminded me that he needed a coal car if it was a steam engine.

By then this mom was ready to pull into the station for some lunch.

Check out our easy train lunch!