When it comes to messy play there is just nothing like good old-fashioned sand and water play! 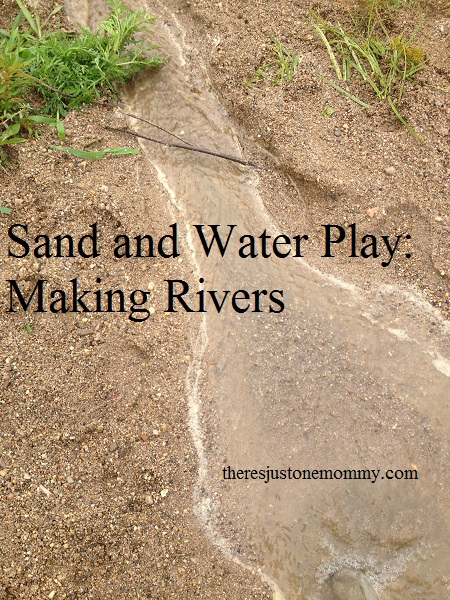 We are lucky enough to have a pond next door at the in-laws’ for plenty of messy fun, but a sand box or even a storage container with play sand will also provide you with hours of entertainment and learning possibilities.

This week we built rivers, dams, ponds, and even talked about erosion.  The kids not only had fun, but they learned a lot, too! (And I really loved that they worked together!) 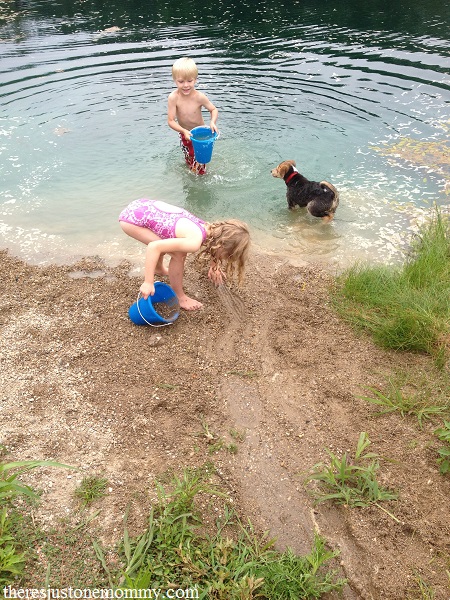 It was completely their idea to make a river, and I enjoyed watching them work together to scoop out the sand and use buckets of water to get the river flowing.

After a while I showed them where the sand was washing away in the spots they poured water.  I explained that this is called erosion and happens along creeks and rivers near us.  I also pointed out that the sand wasn’t washing away the ground where the plants were.  It led to a lovely discussion on how the plants were helping the ground stay in place. 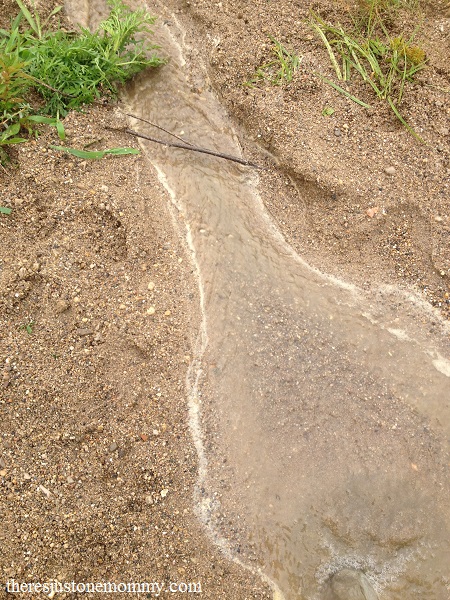 At some point the kids started hauling gravel to their river.  Originally they made a few little waterfalls in it.

When one got a bit larger, I mentioned that they could build a dam. 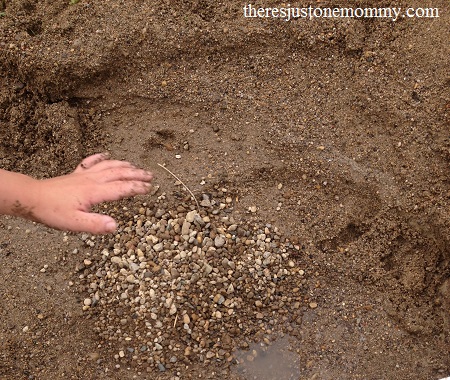 Eventually the top of the river became a pond, in which a serious accident involving a semi-truck occurred…. 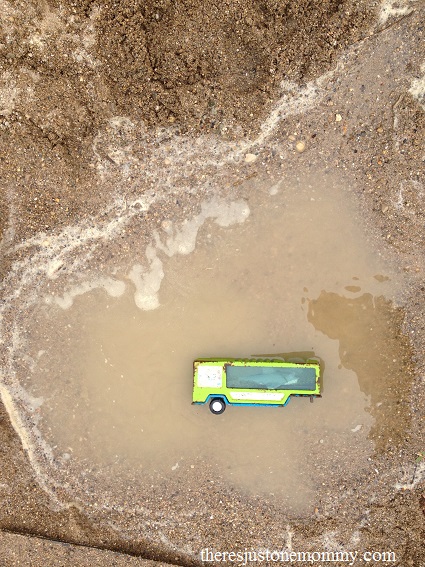 (Don’t worry!  The trailer portion of the semi-truck actually was holding a shark, who was very happy to have found a large body of water.)

Kids are constantly learning through their play, which is why it’s so important they get those opportunities!

This week it was rivers, next week… Who knows!