Kids love building things, and when you add in the chance to fling a bit of candy?  We are talking an instant hit!

Whether you are looking for a rainy day activity, awesome camp craft to do with scouts, or just something fun to do with your kids, this STEM activity is sure to be a hit.

Make your own craft stick catapults and let your child’s imagination soar.

Affiliate links have been used below.

This is one kids STEM activity you will want to try!

How to build a craft stick catapult:

To launch your homemade catapult, simply hold one side of the crossbar while using one finger to push the spoon down and then — let go! 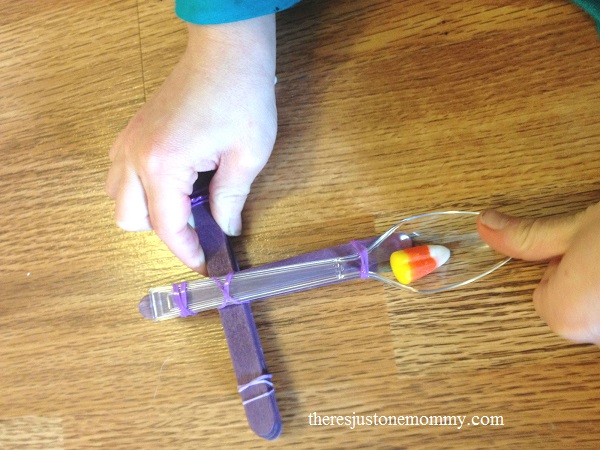 Try experimenting with how many craft sticks you use for your catapult.  We tried using just 3 craft sticks for the crossbar (which caused the candy to not go as far).  We also found 7 craft sticks also didn’t work very well.

Try taking the criss-crossing rubber band off one catapult and moving the crossbar up on the catapult to see how it effects the distance.

You could also use marshmallows, cotton balls, paper wads…  Let the kids have fun seeing what will fly the farthest!  We had a blast using marshmallow peeps in this catapult game. 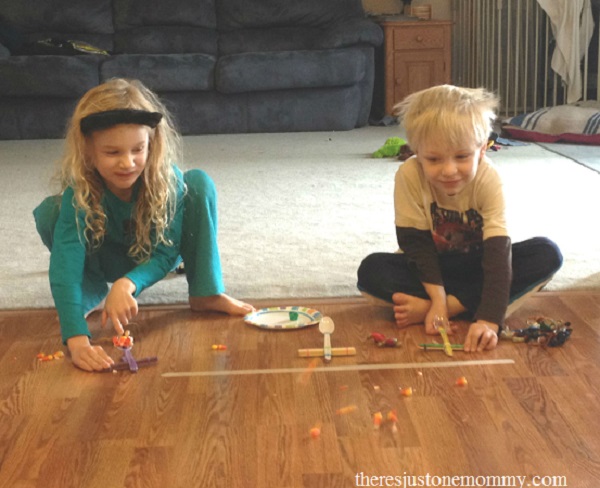 You might find after a while that your child’s favorite toys get in on the action.

At our house the Imaginext knights

had to join the fun, and soon it was a full-on attack on the castle! 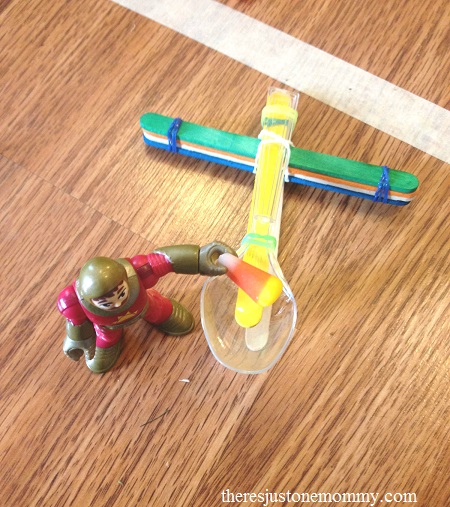 We had fun learning about catapults, seeing what effect minor changes would have on our design.

You could easily use these fun craft stick catapults to talk about potential energy (when the spoon is held back) and kinetic energy.

For older kids you could challenge them to design a different version of a catapult.

No matter what age, these craft stick catapults are definitely fun! 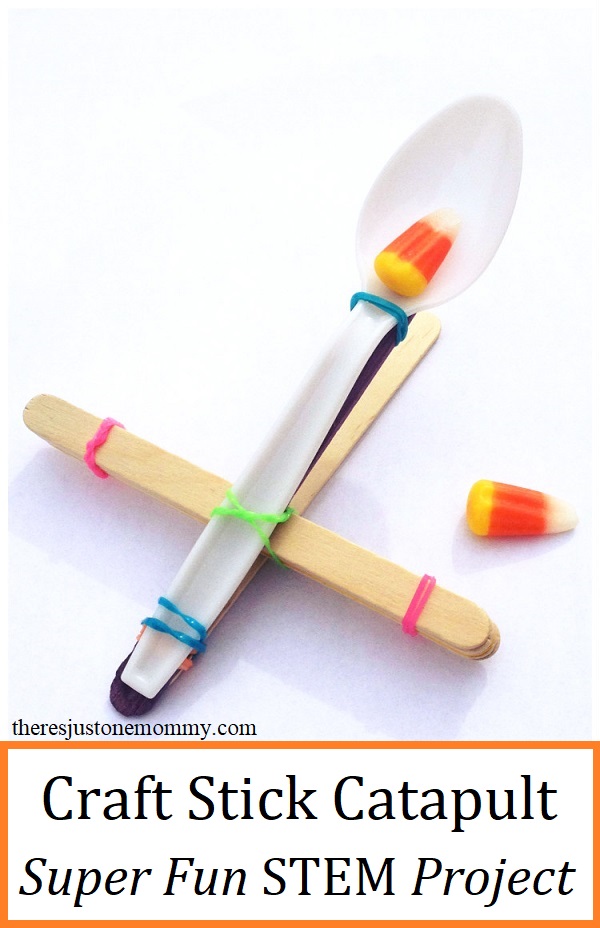