This week we had our 12th snow day of the school year.  Since so many of those snow days have occurred on days where it has been too frigid to go outside to play in the snow, we’ve been finding ways to have a little fun with snow inside.  At least it’s one way to avoid cabin fever this winter.

This time around, instead of just bringing the snow indoors to play, we got a bit creative and did Snow Painting! 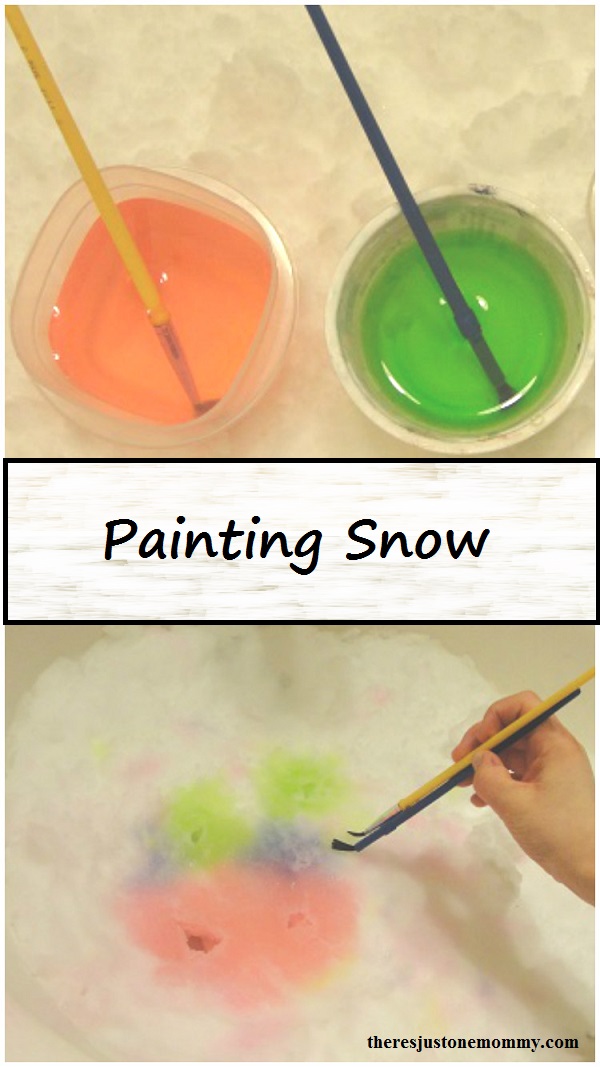 I set up 2 stations for our snow painting.  The kindergartner asked to paint in the bathroom sink, which really made clean up a breeze!  I filled up a couple buckets of snow and dumped them into the sink, pressing them down a bit to make them more flat.

For paint I added several drops of food coloring to 3 different containers of water, stirring them to mix each color well.

In no time she was creating a masterpiece! 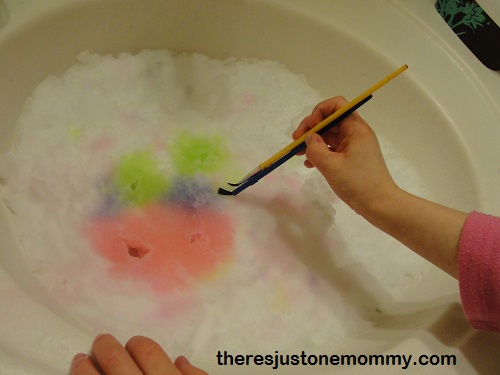 The preschooler asked to paint at the table.  I pulled out a large cake pan and filled it with snow, pressing it flat at the top.  I used one of our ice pop molds to hold his paint — a great use for those molds when it’s too cold for icy treats. 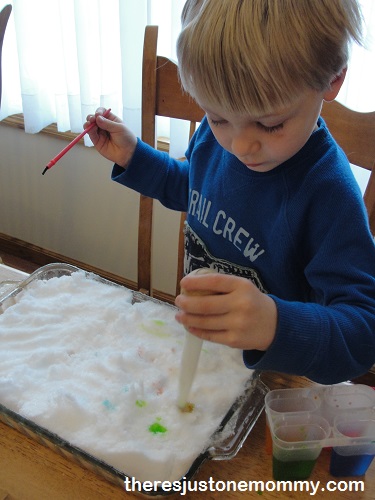 Along with his paintbrush I gave him a baster to add color to the snow.  It took a little while, but soon he was squeezing it to pick up his paint and add it carefully to his creation.  (Okay, so he filled the baster up and squeezed it all over the snow, laughing all the while, but he had fun while building those hand muscles!)

As the kids created their artwork, we realized something.  It looked a lot like snow cones!  So, as a special treat, we made snow cones with some of the snow that was piled on our back picnic table.  No crushing up of ice required!  We just added a scoop of snow and a bit of snow cone flavoring and enjoyed! 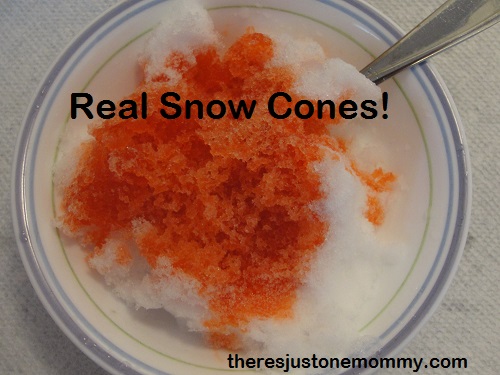