Several years ago, when my daughter was in kindergarten, we watched as the third graders carefully carried in their rainbow-colored Leprechaun traps.  They were all so creative, and you could tell how proud each student was as they brought their creation to school.

Building a Leprechaun trap is a fun STEM challenge that you can do at home.

This is one of the kids’ favorite St. Patrick’s Day activities that they ask to do year after year. 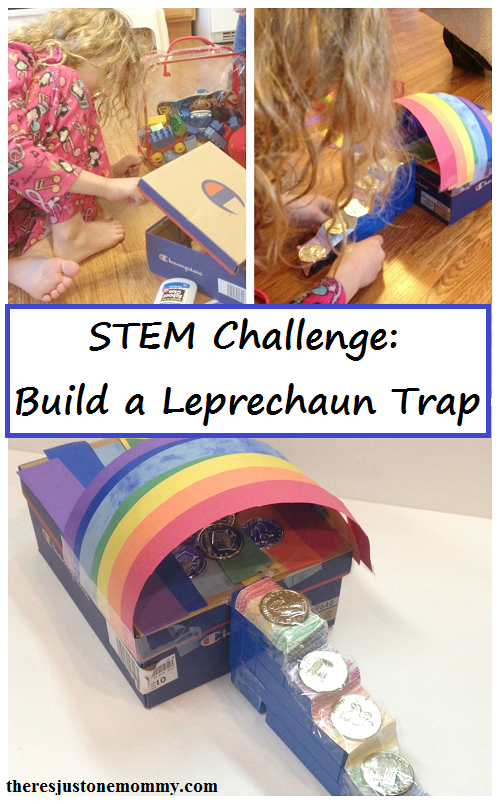 Kids love STEM activities.  This one is perfect for March.

Your kids will also love making these rainbow shamrocks.

This STEM activity was all about the process.  It also was about teamwork, as I asked my children to work together to build one Leprechaun trap.

They started off by sketching a few simple ideas.  My daughter drew a box with the lid held up by a stick, ready to fall on the unsuspecting Leprechaun when he grabbed a gold coin.  My son was leaning towards a pit trap idea.  As they discussed their plans, I gathered up a few materials they could use to build the trap.

Materials you may want for building your own Leprechaun Trap: 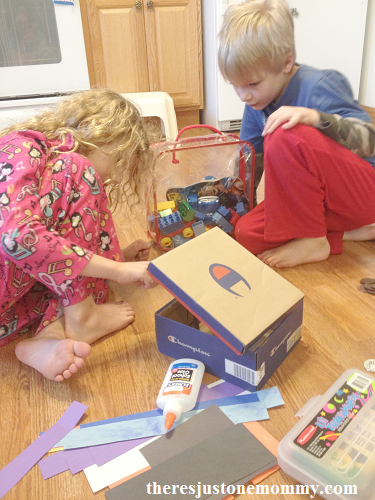 Once the materials were gathered, they were able to manipulate them and get a better idea of what they wanted their trap to look like.   They started off trying out the stick trap idea, but then they both agreed a pit trap would be more effective.

To prevent cut fingers, I asked them to draw where they wanted the hole for the pit trap, and then I cut it out.  The rest was completely up to them.  They used building blocks to build a stairway up to the top of the box and created a paper rainbow to go over the pit trap area. 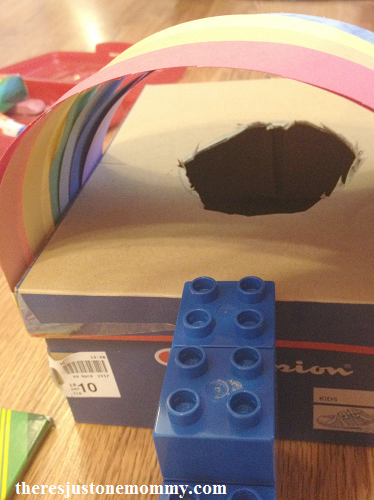 Of course a pit trap isn’t a pit trap unless you cover up the hole.  They cut out strips of colorful paper to form a rainbow over the hole in the box’s lid.  Then they scattered a few plastic coins on top to entice the Leprechaun.  My daughter decided to tape a few more coins to the stairs, like a trail for him to follow. 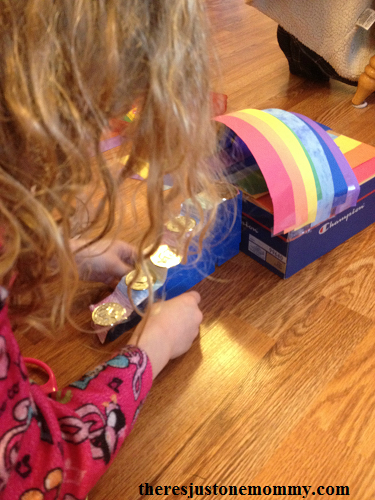 I thought they might decorate the sides of the box, but the purpose of this activity isn’t really about how the trap looks.  It was all about the process.  They worked together, planned, and tested out their trap with small toy figures.   And they had a great time being creative. 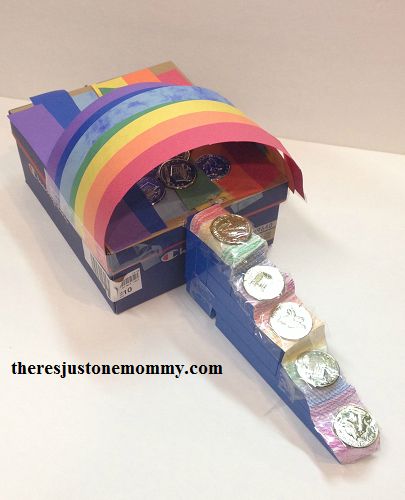 Now to wait and see if a Leprechaun gets caught in our trap tonight! 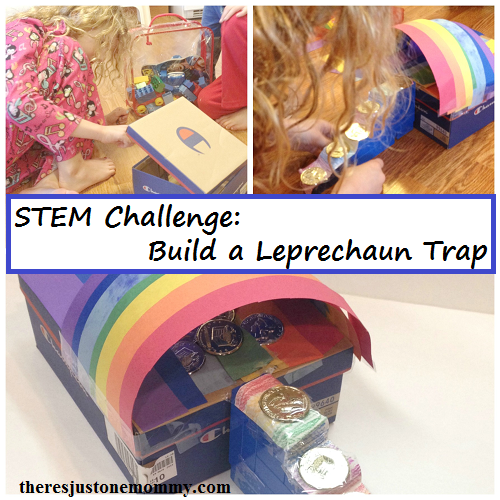