Over Easter weekend my sister’s family came in from Iowa for a tea party-themed bridal shower I held for my niece.

Summer is always a big time for weddings, and for those planning a bridal shower in the upcoming months, or maybe just a tea party for your little girl, I wanted to share some of the highlights from the shower.

A couple weeks before the date of the shower I sent out the invitations. 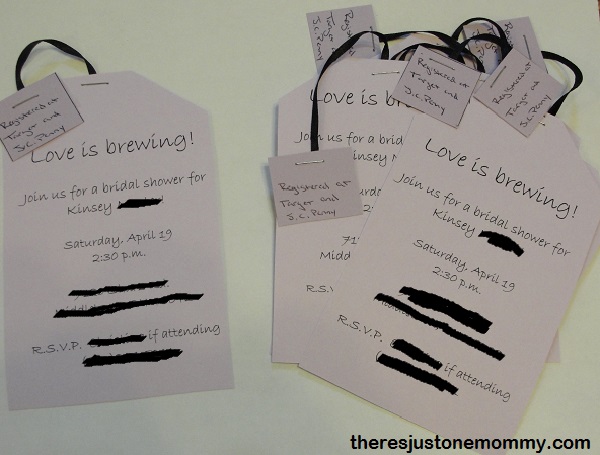 Because I wanted them to reflect the tea party theme, I decided to make invites that looked like tea bags.

They really were fairly simple to set up.  I ran the invitations off on some lavender card stock I had.  Then I cut them into rectangles and snipped off the top 2 corners to look like the portion of the tea bag that holds the tea leaves.  I stapled a very thin ribbon to the top and added a square of the card stock to the other end of the ribbon.  (This is where I chose to let guests know where she was registered.)

And, of course, who can resist a little pun?  “Love is brewing!”

I saw so many cute tea cups with flowers in them as tea party decorations when searching Pinterest, that I decided to create my own version to use as the party favors for guests. 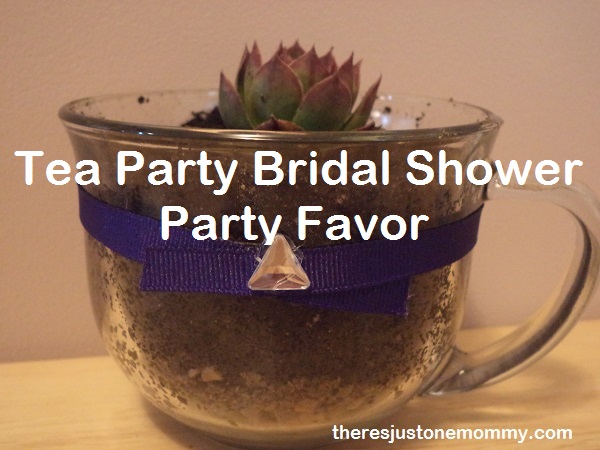 It is not easy to find pretty tea cups that are inexpensive….  I found plenty of coffee mugs at various dollar stores, but I really wanted something that looked like a tea cup.

I finally found these over-sized clear glass mugs at the Dollar Tree.  I decided they would work quite nicely for what I had in mind, especially since they were just a dollar a piece!

Once home I put an inch of gravel at the bottom of each mug, then I added potting soil.  I had thought about using purple patients as the flowers, but decided on something more personal…  I have Hens and Chicks (a succulent plant) that originated from my grandmother’s collection.  Each mug got one plant.

Then I just hot glued a piece of ribbon in one of the bride’s colors to the mug and added a small gem. 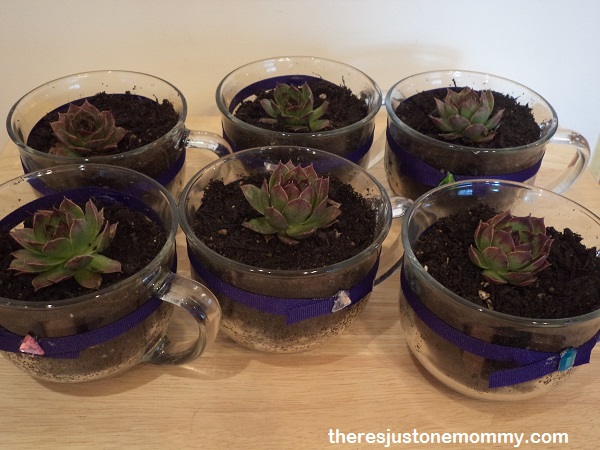 On the day of the bridal shower the party favors were set in a line along our table — a perfect decoration for the tea party, as well as a cute party favor! 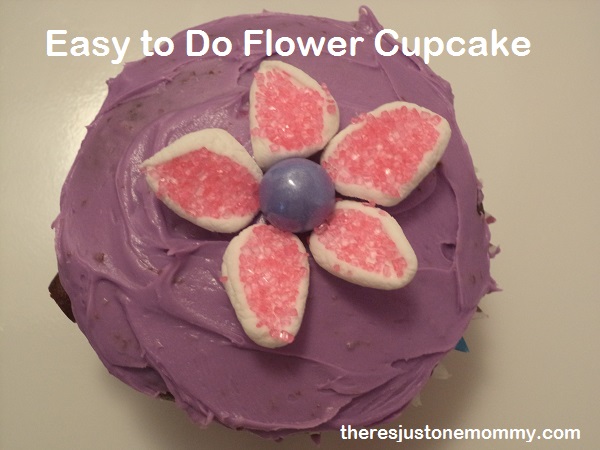 Going with the theory that simple is best, I opted for some simple flower cupcakes as our bridal shower dessert.

To make the flower on top, I cut miniature marshmallows in half on the diagonal.  Then I dipped the cut parts into colored sugar.

I used 5 sugared marshmallow halves to create each flower, adding a candied pearl for the center. 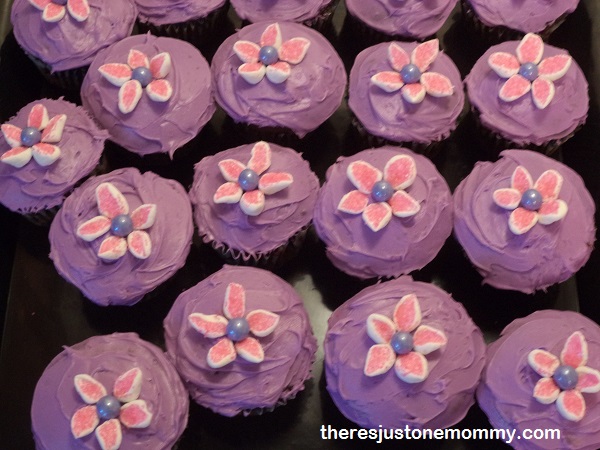 If you are looking for other ideas for a tea party (like yummy food ideas), check out my earlier post on my daughter’s tea party birthday, including instructions for her super cute teapot cake!