Several months ago my daughter decided to empty her piggy bank, all over the floor.  Somehow the pennies got put into a bucket instead of back in the pig, and they’ve been dumped a number of times since.  I decided this week it was a good time to wrap up those pennies.  And it just seemed natural to work on counting skills with the pennies, too! 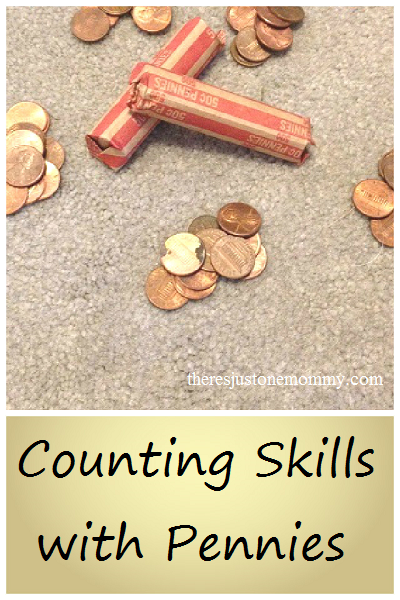 I started off by showing her the penny wrappers.  I explained that we were going to put 50 pennies into each one.

Because she learned to count by 10’s in kindergarten, I decided to have her first count out the pennies into groups of 10.

She counted most of the pennies out one at a time, but I did show her how we could count them out by 2’s as well.  (That’s a skill we will work on this year in first grade!) 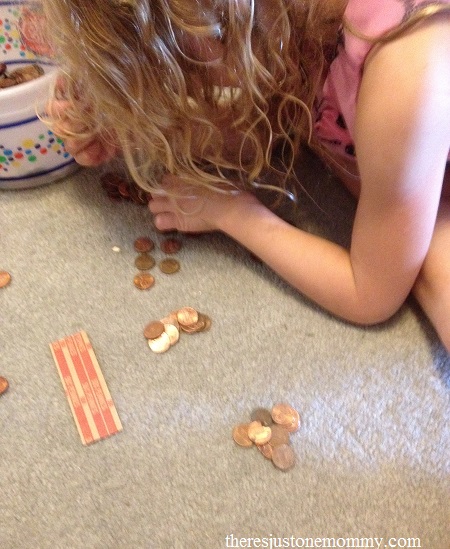 I started the roll off for her.  Those things can be tricky!

And then she placed the rest of the pennies, one at a time, into the roll.  (Great practice for fine motor coordination!) 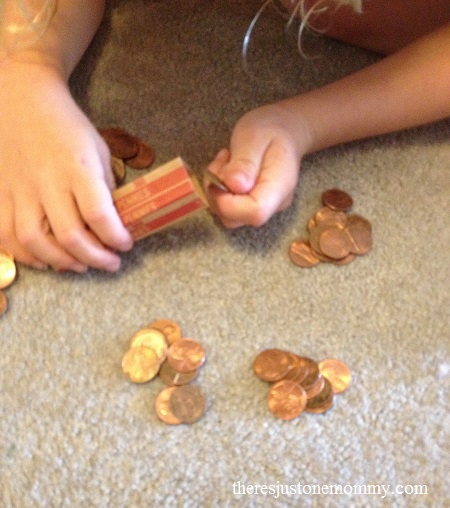 Once we had several penny rolls filled, I showed her how many rolls made 100 pennies.  Then we talked about the fact that there are 100 pennies in a dollar.

I love that she thought she was rich when she saw she had two dollars worth of pennies! 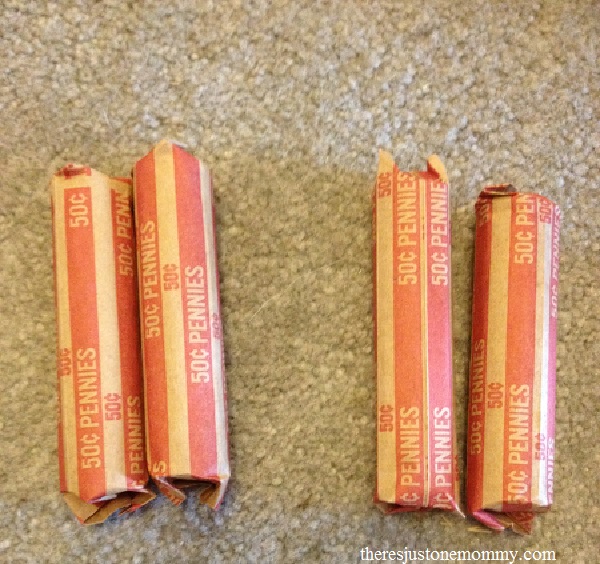 We counted out five dollars worth of pennies before she lost interest.

That’s a lot of counting! 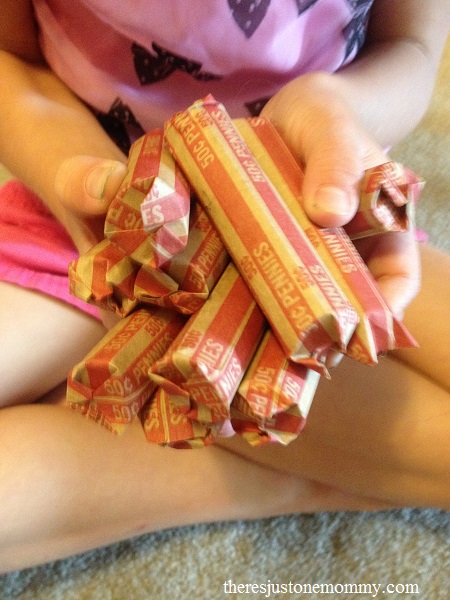 I did try counting pennies out with the 5 year-old, but he wasn’t quite as interested.  He did count out one roll’s worth, though, with some help.

It was great practice for one to one correspondence when it comes to counting.  (Which he needs to work on!)

Keep in mind if you choose to count with pennies that they can be a choking hazard for little ones that still put small objects in their mouths!  From what I observed with my own children, it may work best for those who are in kindergarten or are older.

When counting you could try counting by ones (working on that one to one correspondence), or you could count by 2’s.  Then use your piles of 10 to count by 10’s.  You could even count by 10’s to 100 and divide the piles in half to fill the rolls!

Feel like doing extra math?  Take a couple piles and add them together!  What’s 10+10?

Keep it fun and they won’t even know you’re sneaking in some math practice!