Stomach viruses are no fun, even worse when your kids get sick.  I’m not really sure if that is the case with my son right now, or not.  It could be teething related; after all, his sister had some hellacious diapers when she got her first set of molars, maybe he is working on his 2 year molars?  The other reason I wonder if it’s teething is he won’t eat, not even his favorites.  All he wants is milk, which he screams for and then when he gets it he chugs it way too fast.

Last night he got so upset and drank it so fast that he got sick all over the just cleaned kitchen floor (see, that’s why parents shouldn’t clean).  Since I figure it’s either teething or a virus I didn’t take him to the doctor, but my husband called him.  Yep, he said what I knew he’s say, there isn’t much we can do… except then he said not to give Monkey any more milk for a couple days, just Pedialyte, flat ginger ale, water, or Gatorade and only in one ounce doses so he doesn’t drink it too fast and get sick again. 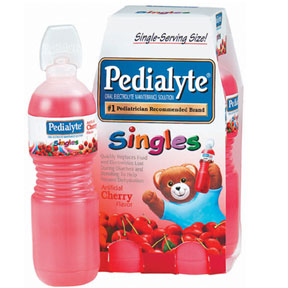 That did NOT go over well with little guy last night.  Thankfully, after I got him calmed down by telling him a story about Thomas the Train and the Little Engine that Could (Did you know they were friends?), he fell asleep, and he stayed asleep all night.

So here’s what I’m thankful for this Thursday:

Now, hopefully the rest of us don’t get this… (Another reason I hope it’s teething…)

What are you thankful for today?