In the years past I have painstakingly cut toys from their packaging and made sure they had any necessary batteries ahead of time before wrapping our children’s gifts.  Makes for a very smooth Christmas morning — no hunting for batteries or having to cut endless wires and strings to remove a toy from the box.

Yesterday, while  my husband dropped the kids off at  Mamaw and Papaw’s house for a few hours so we could wrap gifts, I headed to the basement and pulled out our son’s big Santa gift.  I cut all the tape and wires from the Batcave and started assembling pieces, planning to have it just setting under the tree unwrapped.

Having no directions in the box, I was following the pictures…  There was something missing!!

Frantic, I called the nearest Target to see if they had any others (they did) and to verify that I’d be able to exchange ours for a new one.  (My mom had actually picked it up for me and I had paid her back, so I had no receipt.)  That’s when my husband returned from dropping off the kids.  I quickly explained the situation, and we rushed to get out the door, hoping to avoid some of the evening traffic.

Friday before Christmas — yes, it was crazy busy.  I waited in the return line while my husband headed off to the toy department to hunt up a new Batcave.

Yeah!  They really still had one!  We asked to open the box, not wanting to get home and still be missing the piece.

It wasn’t in this box, either.  Hmmm…  I ran back and looked at the other Batcaves on the shelf….  It was when we were about to open a second box that we noticed the new box didn’t show the piece in question in the picture.

We decided that good old Fisher Price must have changed the toy, slightly, and hadn’t changed the pictures on the box until later.  Satisfied that we weren’t missing anything, I headed out to the car, with our original Batcave, and then I noticed my husband wasn’t behind me.

He answered his cell phone in a slightly panicked voice — his wallet was missing.

We searched the car seats, in case it had fallen out there.  Then we both raced back into Target.  Since he had been stooped while hunting through Batcaves, we figured it might have fallen out in the toy aisle.

No such luck.  (Of course, what are the chances it would still be there after all that time on a busy Friday night??)

Then we returned to the Customer Service desk and checked all over.

After all we had been in a rush to get to the store, and it’s not like he needed it to drive the kids next door to the in-laws’ before that.

He suggested I drive home and search while he continued searching inside Target.  It’s a 30 minute drive.  My heart was racing, my stomach in knots…  Somehow I thought clearly enough to suggest we have his dad run next door to check for us.

We waited, anxiously, for his dad to call us back.

At that point our nerves were shot, with the race to the store, the long lines, the panic over his “lost” possession…

Home is all we wanted to be.

And that’s when I decided that Santa’s elves needed a tall Rum and Coke. 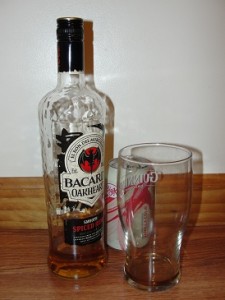 I am taking the next few days off to just spend time with my precious family.

The Lord has blessed me with a patient husband who was willing to rush me to Target to exchange a gift that wound up not needing to be exchanged, and who later said he’d do it all over again because he knew I just wanted things to be perfect for our children this Christmas.

Sometimes in the rush of preparing for Christmas we forget just what the season truly is about, and I want to take these next few days to focus on the blessings the Lord has given us.   I want to bake more cookies, read the Christmas story to the children, and hold them close.

May you each have the chance to be with loved ones this season.

And for those of you celebrating Christmas, Merry Christmas!